Made in Vermont Hybrid Vehicle 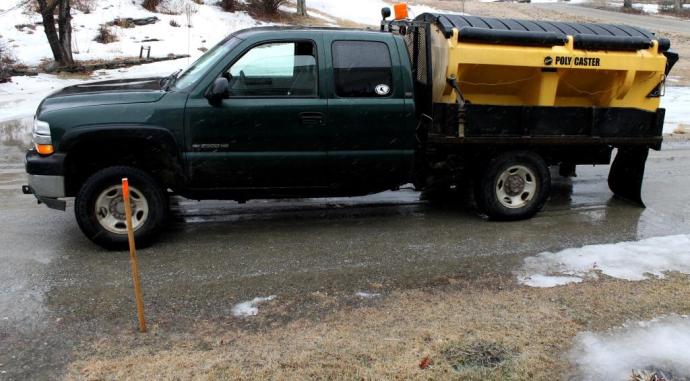 Part Chevy, part who knows what, that’s a custom rig right there, sitting on my ice-coated driveway toward the end of a winter that made me wonder why I bothered with marker stakes. There may well be pieces of more than two vehicles involved, pieced together with ingenuity, baling wire and spot welds, and when it’s not wearing a plow on its nose it’s perfect for hauling and spreading sand (or, in this case, 1/4″ chipped stone). It has also been spotted in the village, in front of the pre-school, dropping off kiddos.

The weather has been a bit of a hybrid, itself, these last few weeks. Booger-freezing cold one day, rainy and almost warm the next, there have been pieces of at least two seasons involved and their bastard child is ice. 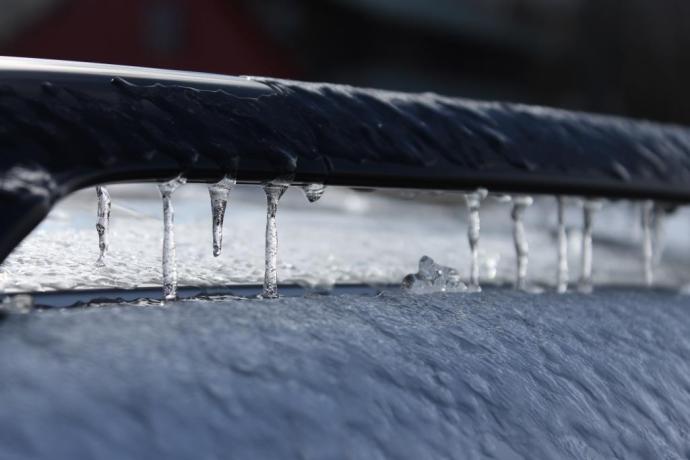 The ice jam we shared two weeks ago could not hold back the runoff and finally came loose. 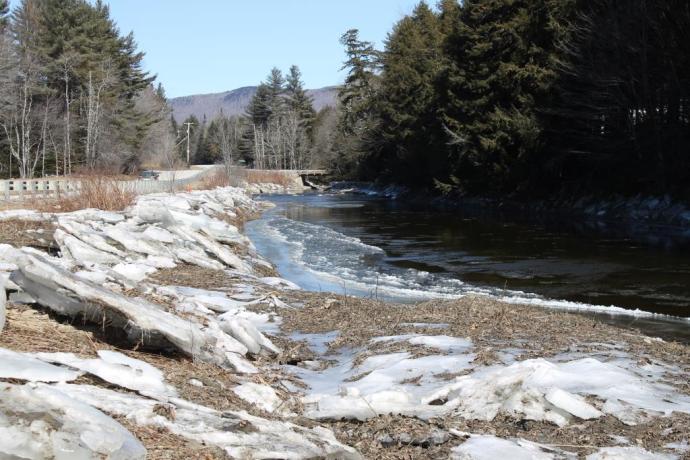 There was a big Leap Day boil at Bobo’s, immediately followed by Town Meeting and a cold snap that pretty much shut things back down, but the roads have been posted for Mud Season and I saw Sugar Bob‘s crew hauling a sap tank today. 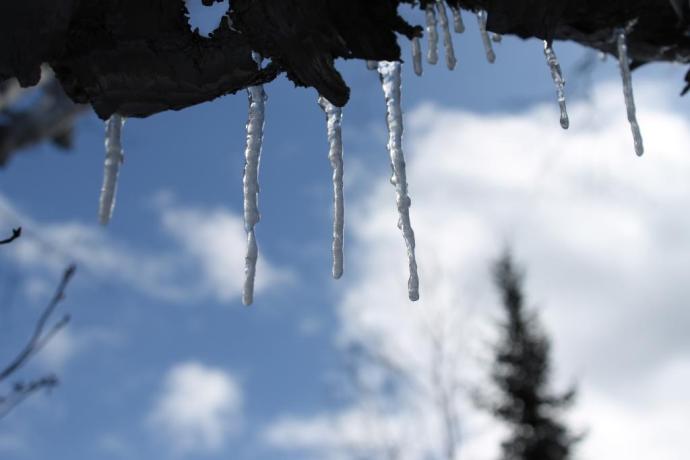 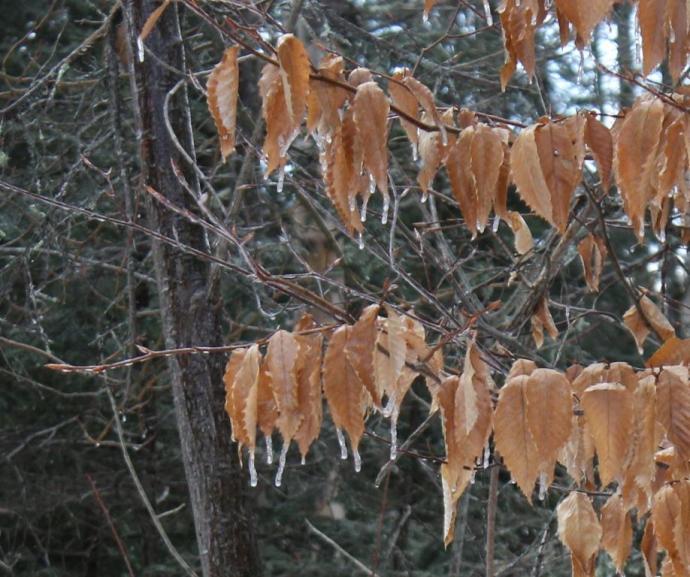 There should be a gusher of a run this week and some big boils going on all through the valley so expect at least a post or two filled with mud and sugary Vermont goodness. And, while that’s going on, the clock is ticking down to Opening Day here at Fish in a Barrel Pond, which is just seven weeks and four days away.

Another Season – The start of Mud Season 2010, after a winter with snow.

A Post Card From Quill – Escaping the snow and the mud of 2010 for a few days.

Winter’s Back is Broken (and Mine is a Mess) – a magnum opus from 2011 with Tiger Balm, snowshoes and roof rakes, Town Meeting and my good friend, Eugene. And also lots of links to the dark interior of this blog, where a few hidden gems may be found.

Vermont Ice Storm, Part II: Rhapsody in Blue – Trees against a clear blue sky after a night of freezing rain and, yes, you should also check out Part I.

The Cry of the Sapsucker – Woodpeckers, a blue jay and a hawk. One of Quill Gordon’s personal favorites but beware: the hawk kills the blue jay and there are pictures!

A Visit to Sugar Bob’s – Because Sugar Bob has a sugar cabana with a disco ball and makes seriously cool smoked syrup.

Emerges, Snarling – Quill Gordon does not kick a lady in the grocery store and syrup soothes the savage beast.

A Good Day to Make Syrup – This poor video has been viewed a paltry 90 times and almost a dozen of those were me. There are worse ways to spend six minutes of your life.