At Town Meeting on Tuesday, our village’s road foreman told me “mud season starts tomorrow,” which was almost amusing, considering the fact that, as I walked to town that morning, it was still just 10 degrees outside.

Tomorrow then is yesterday now, and he was right. Mud season has begun, and it looks like it’s going to be a good one. 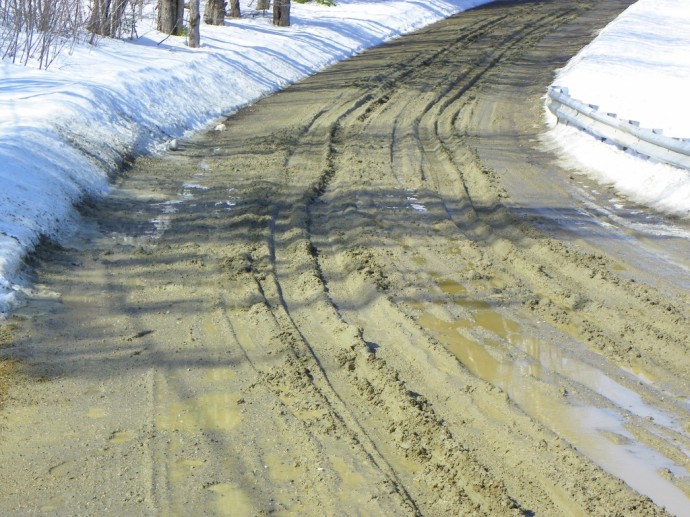 One thing I have learned at Town Meeting over the years is that, if one is requesting funds, one should not place a series of question marks where a dollar sign and some numbers should be. I absofreakinglutely guarantee someone will stand up, waving their town report in the air, and shout, “I ain’t votin’ to put no tax dollars to no damn question marks!” It’s all over when that happens.

That might work in the big city, but you’ll get called on it every time at Town Meeting. It also helps if the wording of your request reflects what you describe in your supporting documents. We’re kind of picky that way, wanting to know just what we’re getting into. 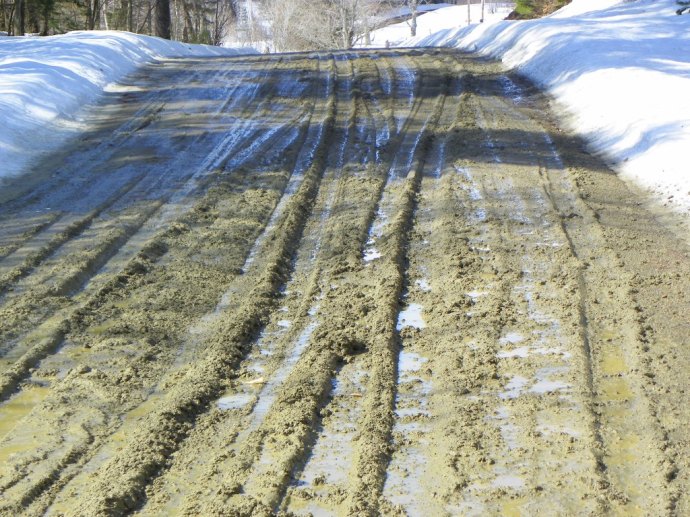 We used printed paper ballots for a school district consolidation question, as well as for our Presidential primary votes. Somewhere is a stack of ballots that have been set aside, to be counted later, because they were defaced on Tuesday, vandalized by citizens who just couldn’t follow instructions. I am sure the Secretary of State has dealt with these things before, but his staff must slowly shake their heads after every election as they go through these ballots. I don’t know how many there are, but it’s a pretty sure thing that more than a few of my neighbors saw the section of the ballot marked “DO NOT WRITE IN THIS SPACE” and took the time to write “I WRITE WHERE I PLEASE!”.

Another Town Meeting tip: when you have had your say and the Moderator replies, “That is an opinion, not a motion,” don’t stand there like a deer in the headlights! Look the Moderator square in the eye, say “Damn right it is!” and sit down. That’s what I do, anyway.

One of the final items of the day on Tuesday was our town’s highway budget. Even if our road foreman hadn’t already warned of the impending mud, his proposed budget would have been changed when the villagers got a hold of it. We changed it, alright. We motioned, seconded, and approved a little raise for our road crew because they do a heck of a job with what they have to deal with. Without them, how else would our mail get through?