There is comfort in knowing that, just before dusk of a mid-June evening, mayflies will emerge above the silt flats off Exile Island. For twenty minutes, it’s the closest to a sure thing we’ve got around here, at least when it comes to fishing. Hatches come off, not quite like clockwork, but with enough reliability that some anglers are confident enough to head over early to sit and wait for the show to start.

Once the heat of summer sets in and the “major” hatches end, it gets trickier, but one can still find certain places at certain times to pick up a few fish rising to one thing or another (as in “you’ve got one thing and they want another“).

The majority of flies flung upon and into Fish in a Barrel Pond represent life forms that originate or live in its water. The places they live are places where fish congregate. Find those places and another part of the puzzle falls into place.

My favorite hatch is not really a hatch at all. It involves insects that are desperately trying to avoid the water in the first place, and conditions must be perfect, so it happens only as the result of tragic accidents.

Carried on the breeze, or abandoned by it as the case may be, ants — flying for the first and only time in their lives — looking for a nice place to dig a hole and start a family, sometimes fly off-course, landing on the water instead. The only predictable things about ant falls are that they happen in late summer and that, when ants are on the water, trout eat them like candy (ants taste like lemon).

The dispersal of new ant queens is one of those phenomena, often overlooked, that mark the passage of the seasons. An annual event with no set time, at least as far we humans can tell, it happens when it happens and the trout exploit the food source as long as it lasts, just as they do with every other hatch we fish. And, for a day or two, nobody makes fun of all the darn ants in my fly boxes. 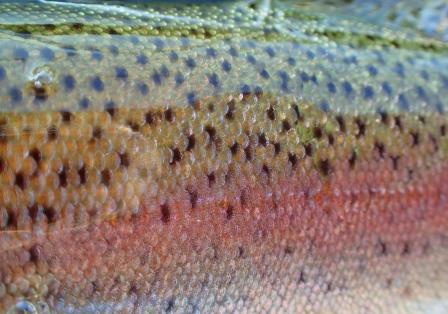 There must be 37 ant flies in my boxes. I fished two over the course of four late-afternoons this year. Think of the space I could save if I’d just clip the tail off a Royal Coachman.

One thought on “An Unpredictable Hatch”