There is a lightning-scarred hemlock on a “corner,” where a small cove projects from the main body of Fish in a Barrel Pond. I know that casting a red humpy into the shade of that tree will often bring a trout rocketing to the surface from six feet down, up the face of a submerged ledge. If a humpy doesn’t do it, a fluttering stimulator usually will.

Down the shore a bit, that same ledge is more exposed, and it’s always worth skating an elk hair caddis over the drop-off on a warm afternoon. Adding a pupa imitation, about 18″ down, can add to the excitement, creating the potential for double hook-ups.

I am always ready for the ant falls of August, carrying imitations as early as Opening Day, and I like going out on gloomy days because drizzly afternoons bring hatches of blue-winged olives. 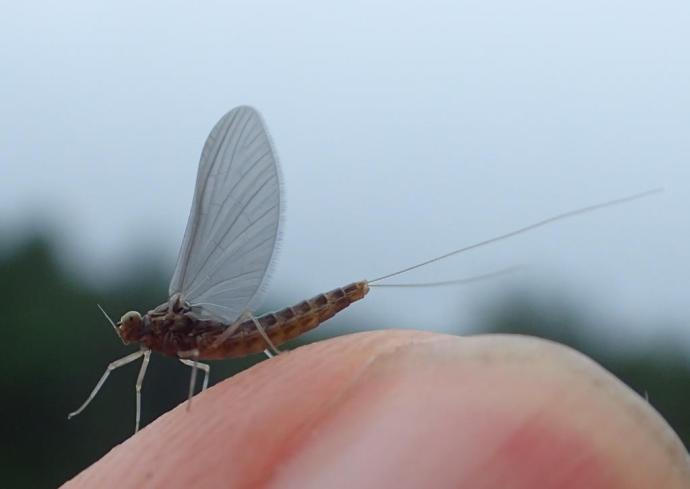 It’s possible to scare up a trout or two more often than not and, after ten years of fishing this one small lake and nowhere else, things are sometimes so dialed-in that it almost appears I know what I’m doing. Dark visions fill my head of ending up some earth-bound Mr. Castwell, doomed for all eternity to catch those same fish at the same corner “for ever and ever.” END_OF_DOCUMENT_TOKEN_TO_BE_REPLACED