Fall Color and a Few Things That Fell

The foliage this fall was lovely enough that some of the locals commented on it and a few of my photos even came out. Impatient people may scroll down to the slide show of pretty pictures any time they wish, but there is some important documentation to get out of the way first.

With a long, rich angling history, the shallows of Fish in a Barrel Pond were certain to reveal treasures as the level was drawn down this summer and I made sure to document them as they appeared. I’m afraid there was no bonanza of dropped reels or rods that had been thrown in frustration like 9-irons; nothing of much worth turned up in the muck, but that doesn’t mean it’s without value.

When someone hands me a drink and asks what the heck has to be done in order to catch a fish around here, I raise my glass and tell them I’m pretty sure that this ain’t it. As I have mentioned before, the situation is a little more complicated when that person is in their underwear, but my answer remains the same. Unless, of course, that person is fishing at the time.

I’ve not seen it often, but it is absolutely possible for a person in their underwear, sipping Glenmorangie and waving a rod, to catch a fish. Apparently it is more common than previously thought, judging by a sampling of things found during the draw down.

Diluted, perhaps, but it did not spill!

That was not the only highball glass that surfaced, along with a couple of tumblers and the remains of a martini glass. You know, typical fly fishing gear.

What those tipplers were wearing at the time is anybody’s guess but at least one of them was evidently not wearing their underwear.

I’m not sure where they locked their hemostat, but it didn’t work. 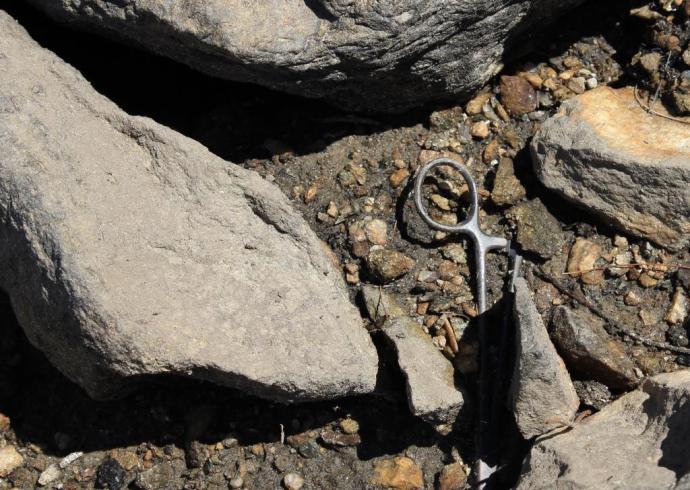 You pinched your what?

And in broad daylight, no less!

Maybe the rods are in deeper water.

One afternoon in October, while the colors of the trees and angle of the light were breaking my heart, three cars with out of state plates skidded to a stop at the roadside. Twelve loud people and three yapping dogs scrambled onto the dam, I assumed to take in the view. After carefully positioning themselves, they turned away from the view and took pictures of themselves not looking at it. Then they sent each other the pictures and showed them to each other. Hunched over their phones, shielding the screens from the scarlet and golden glow all around, they sent the pictures to other people and headed back to the cars, giggling as the likes and the tweets came back.

They seemed to have enjoyed themselves but somehow I think they missed something. I don’t try to photograph foliage when it is at “peak” because I’ll miss seeing it and there really is no point in trying to capture it. I would fail to do it justice. I still watch it, though.

That said, here are some pictures from a few days that weren’t half bad:

2 thoughts on “Fall Color and a Few Things That Fell”