Last seen on an early spring night, spinning down a muddy road, swigging from a jar of warm syrup, Quill Gordon did not bounce into a ditch, spill the syrup and contract a nasty case of distemper after being licked clean by raccoons.

He did not pop an angler in the nose and wind up in rehab, nor did he find true enlightenment in a small cove on a June afternoon, skating caddis patterns one minute, disappearing in a sparkly poof the next.

If you think leading a normal, productive life makes it hard to keep up a blog, try it as the figment of someone’s imagination, always forced to crash trucks or achieve bliss against your will! Of course, none of those things actually happened so Quill Gordon is still here at Fish in a Barrel Pond, carefully putting the place to bed as one more season comes to an end — a season that was more unusual than seasons usually are around here, right from the start.

The universe did not get the memo asking that natural processes be synchronized with human calendars and the lake was still frozen when the members of the Neverwas Nonesuch Angling Society arrived for Opening Weekend. There wasn’t even a sliver of open water at the spillway where they could pose for pictures, pretending to fish while wearing snowshoes.

The sun did not kiss the summit of Nonesuch Mountain on the last Saturday of April and there was no traditional cry of “Shut up and fish!” A few early risers managed to mutter the the first two words before moaning into their hands, in contrast to the night before, when they had seemed so darn happy to be here. Now, they were sad, and already critically low on important “supplies”.

The ice went out two days after those brave souls left (please note that camps had been up and running on time) and the season sputtered to a start. By the beginning of June, the mayflies were hatching — first the big green drakes, floating in huge rafts from the feeder streams to the main lake — and the fishing was reported to be either the best or the worst in years, meaning the situation around here was, more or less, perfectly normal.

By July, however, things started going down the drain. 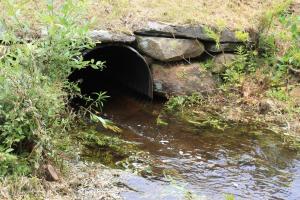 Many people fish impoundments and tailwaters without giving the dams that create them a second thought. Fish in a Barrel Pond is certainly not in the same league as complexes like Taneycomo, Table Rock and Bull Shoals in the Ozarks, or Antero, Spinney and Eleven Mile in South Park, and the upkeep of the dam does not fall to the Corps of Engineers or the municipal water authority of a city on the plains.

Built in the 1800s to supply water for mills downstream, the original owners found maintenance a burden, especially as electricity replaced water power in Vermont, so the fledgling Neverwas Nonesuch Angling Society took responsibility for the dam over one hundred years ago. Today, the dam is inspected annually by the State of Vermont’s Department of Environmental Conservation, Dam Safety Division, and for the last several years we’ve been working closely with them on a plan to replace an outdated toe-drain system, which carries excess water (from whatever the source) away from the downstream face of the dam.

Because the lake weighs in the neighborhood of 680,000,000 pounds and the digging would take place below the normal elevation of the surface, the lake level was drawn down by five feet before work could begin.

This was a major project for a small, private club but a contractor with a competent crew pulled it off on schedule and within budget, which is not to say there were no moments of high drama.

The work was inspected and a permit was issued to fill the lake back up but, again, the universe did not get the memo. Dry weather, so welcome during construction, stretched into September and water did not flow over the spillway until the first of October. The anglers returned, nervous about the impact of the summer’s low water but from what I hear, the fishing is either the best or the worst in years, so I guess you could say things are once again, more or less, perfectly normal.

The camps are now empty, water lines have been drained, the grills have been stashed and the docks have been secured for the rough weather to come but there is still work to be done before the snow starts to fly and the cold sets in. There will be other work to be done as winter drags on until six months from now, on a chilly April morning, the sun will kiss the summit of Nonesuch Mountain and, once again, some one will yell, “Shut up and fish!”

In the meantime, as part of my ongoing studies of fish and fishermen, I look forward to curling up with a good book. 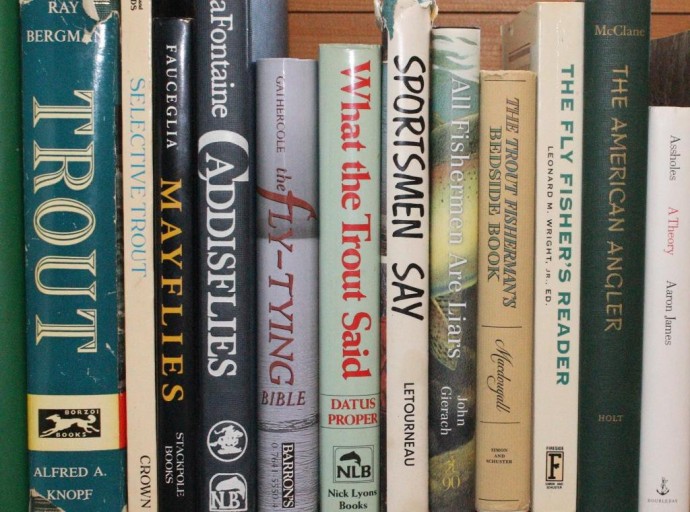 This summer presented enough material for a dozen posts (we’ll see how many actually materialize) but, for now, here are a few shots from a most unusual season (Click on one to bring up a slide show):

10 thoughts on “A Draining Season”