Neatly Trimmed and Ready for Inspection

Don’t worry — it’s been a very long time since Quill Gordon was neatly trimmed so this post is not about that. This post is about cutting the vegetation on an old earthen dam, something that must be done at least twice a year to inspect the embankment for animal burrows or changes that might go un-noticed if hidden beneath vigorously growing grass and pretty flowers.

There is always an outcry from certain quarters when the wildflowers get cut but the rule is that the person operating the machine gets to decide what stays and what goes. I’ve even offered to help get them geared-up but, so far, not a single 80 year old woman in a floppy hat has taken me up on it. 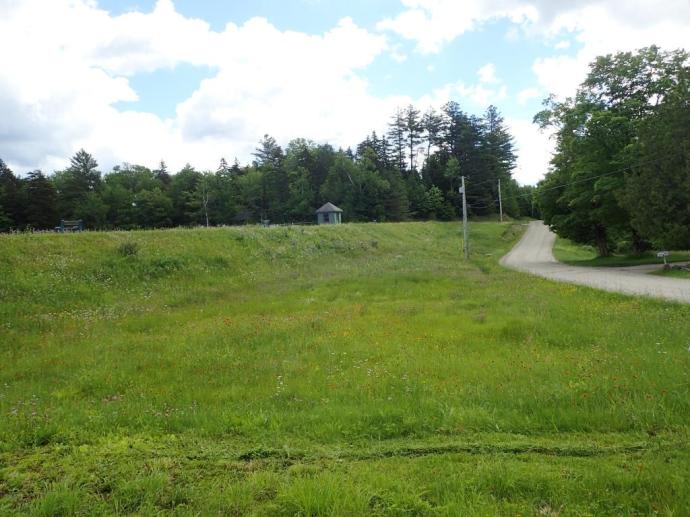 For some, work is a spectator sport and some folks can watch it all day. I appreciate that not everyone has that much leisure time to spend watching someone else work so, with the aid of my trusty tripod, several hours of work has been compressed to less than two minutes for your enjoyment.

There are a some breaks in the action, though, for things other than refueling or getting a drink of water. The first one, early on, comes as a very nice man shares an important tip about using charcoal grills, having to do with the way Pyrex glass baking dishes can explode over such intense heat.

The second passes quickly and is not easy to catch from a distance so I’ll zoom in on a couple of frames and explain. 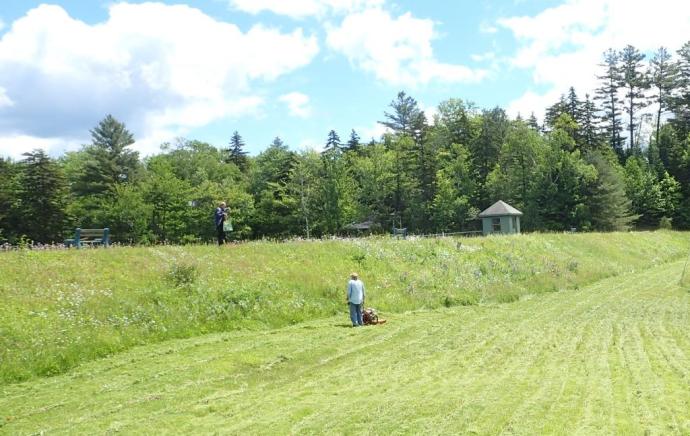 A Man with a Bag of Wet Clothes

As grandchildren will sometimes do, this man’s had “accidentally” gone swimming, fully clothed, and now he needed a dryer. Not the clothesline on the porch of his camp, a dryer.

Of course, I was happy to oblige. 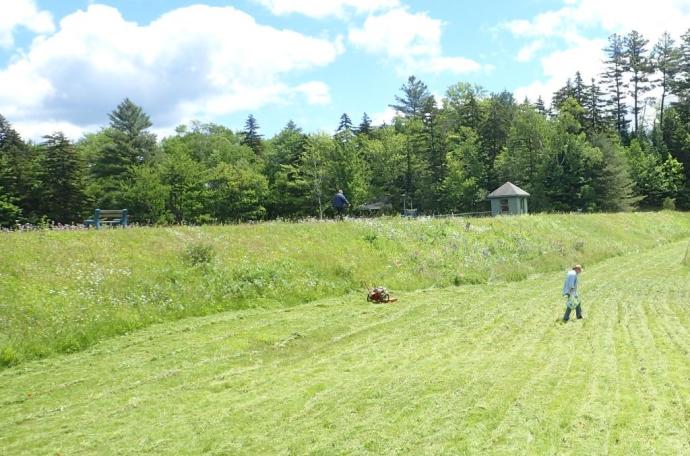 In other words, just another typical day at Fish in a Barrel Pond.

Now, take a little break from your work and watch someone else do theirs:

Yep, that darn Quill Gordon, fishing all the time. 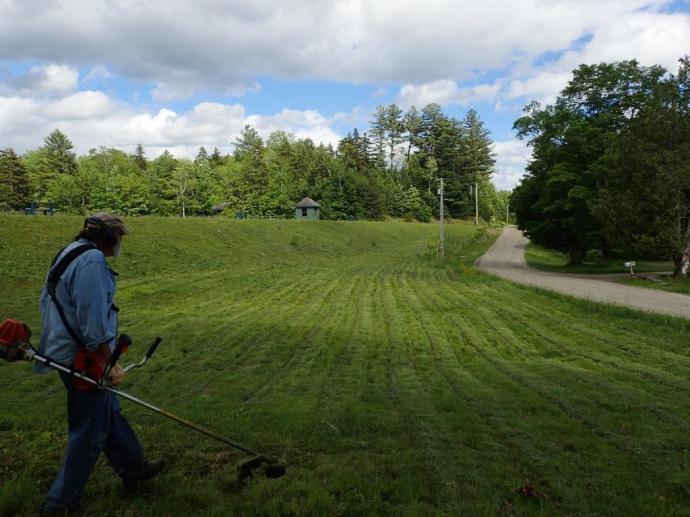 10 thoughts on “Neatly Trimmed and Ready for Inspection”