We’re usually pretty well conditioned to winter by the time the solstice rolls around, but not this year. The lake iced over in November, as expected, and up went the signs admonishing those who read to stay off, but the ice went away. The signs stayed up though, for surely the ice would return, which it did for a few days before melting again.

The signs are still there and I know where the long-johns are, just in case, but the unusually mild weather we’ve been experiencing has made both about as useful as white fur on a bunny so far. There’s no snow in the woods or on the hills but at least the roads are nice and muddy.

If winter ever does decide to show up, we’re ready. 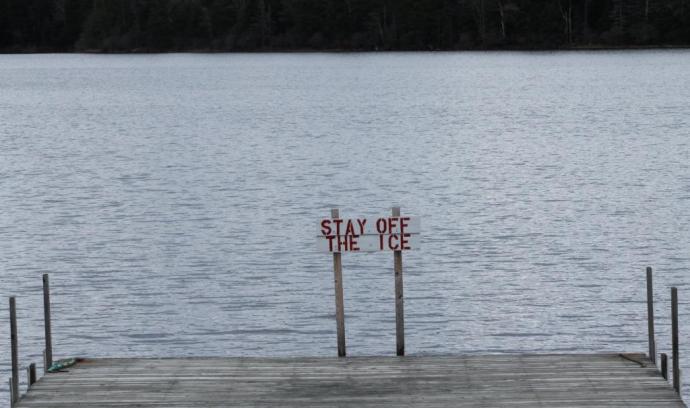 Stay Off The Ice — if you see any.

While in the nearest thing to a city around here the other day, I heard a man exclaim, “Merry Christmas…!” which is not unusual, but what he really shouted was, “Merry Christmas, God damn it!” which is. I couldn’t tell which side of the War on Christmas the man was on because I didn’t catch the first part of his sentence.

Maybe he was exasperated from always trying to teach people the right thing to say; maybe he had just given up and was capitulating to a Holiday hater. Either way, there was no warmth to it and I hope it was, indeed, an unusual occurrence because it reminded me of something that happened seven years ago when my good friend, Eugene, found himself caught up in the battle.

As timely as ever and something of a tradition in these parts, here once again is the future classic,

And, as long as we’re going with unusual, feel free to sing along with this video rendition of Walt Kelly’s “Deck Us All With Boston Charlie” (after the ad, of course)!

(We like Walt Kelly. See also “Quill’s Poetry Corner” from a winter that was not unusual.)

May your Whatever It Is be Just The Way It Should! 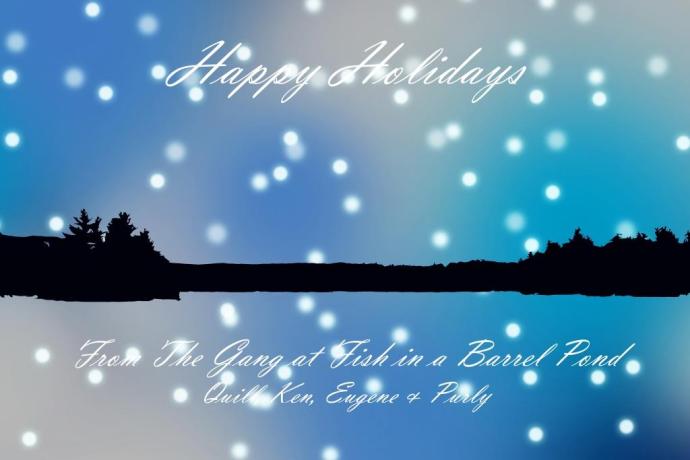 A dahlia whose name I do not know.
Coffee by morning moonlight.
Mid-October.
In answer to the age-old question, yes, yes, it is possible to get tired of tomatoes. Here's to calling an end to the season before it is called for you.
My favorite part of fall is the blustery, chilly rain that takes down the last of the maple leaves. Looks like it's about to happen.