Someplace Cool and Green and Shady

In High Summer, when the temperature climbs and southerly breezes blow sultry and moist, one can easily slip into delirium, taking solace in the fact that there will be a day six months from now exactly the opposite of today. Next winter’s white freshness and quietude are romantic visions in this time of muggy oppression, but one regains one’s perspective when one remembers a day six months past.

That day was booger-freezing cold and there is no need for that just yet (as if there ever really is). Remembering it pisses me off for some reason and has me wondering where I stashed the snow shovels so, as cooling-off methods go, perhaps memories of frostbite are not the best.

Some search for relief at beaches and swimming holes while others drive around in air-conditioned cars and marvel at the crowds. Some head for the nearest creemee stand, while others go for a cup of the hard stuff. I, however, have never been one for crowds and I am not particularly fond of standing around, dripping sweetened butterfat and attracting wasps. Staying close to home, I have found other ways to bear the unbearably muggy dog days of summer, but have no fear, Dear Reader, this post does not involve sitting in front of a fan with a big bowl of ice cubes perched upon my bare belly. 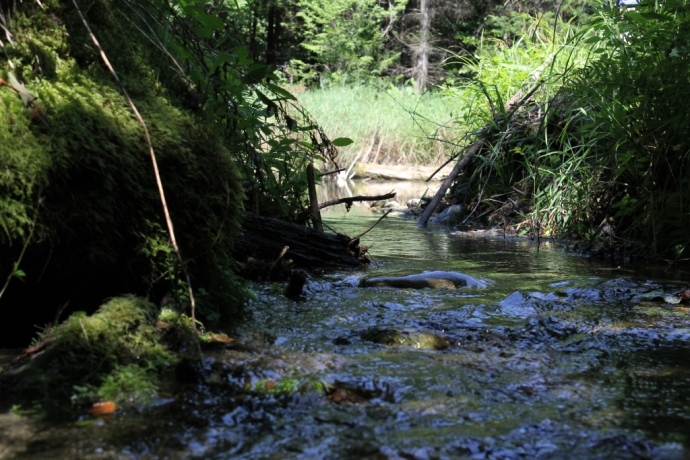 The headwaters of the Neverwas River are a mere trickle, ancient water bubbling up through white dolomite and marble sand, ground fine and left behind by the great glaciers that once covered New England. Issuing forth at a constant 45°F (that would be 7.22222222222°C to pretty much everyone outside the United States), it is as cold and clean and clear as any water anywhere, running a narrow path through the woods before eventually making its way to Fish in a Barrel Pond and beyond, all the way to the Atlantic Ocean.

Narrow enough in most places to be straddled by a child, it is nonetheless an important part of the little world up here on the Slopes of Nonesuch Mountain. Mosses and peppery cress fringe its margins and jewel weed grows in the mats. Shaded by hemlock and fir, the water stays cool, as does the air in this long green tunnel, creating a micro-climate that extends not much more than a couple of arm-spans to either side.

Alternately dismissed as insignificant (“It couldn’t possibly hold fish.”) and threatened for being pure (“Someone could make a fortune bottling this stuff!”), this little brook runs all year-round at a constant temperature and nearly constant flow. A punch in the nose awaits the first person who tries to put it to use for personal gain and, to those who overlook its true charm and significance, I just don’t know what to say, for this is the furthest upstream you or a fish can go. 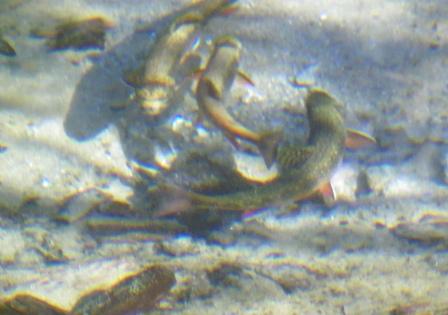 Every fall, for longer than memory can reach, brook trout have made their way up this tiny waterway to spawn. Usually in late October, just after a good hard rain, they fling themselves upstream, over rocks and through riffles that barely cover their backs, for a chance to dance over white sand and breed, just as they have done for who knows how long. It’s a ritual that lasts but a day or two, maybe three, and I have only been there when it happened once but whether I (or anybody else) see it or not, it happens, just as it always has, and it makes an exceptionally hot day a whole lot cooler to see for myself that at least a few brook trout got lucky last fall. 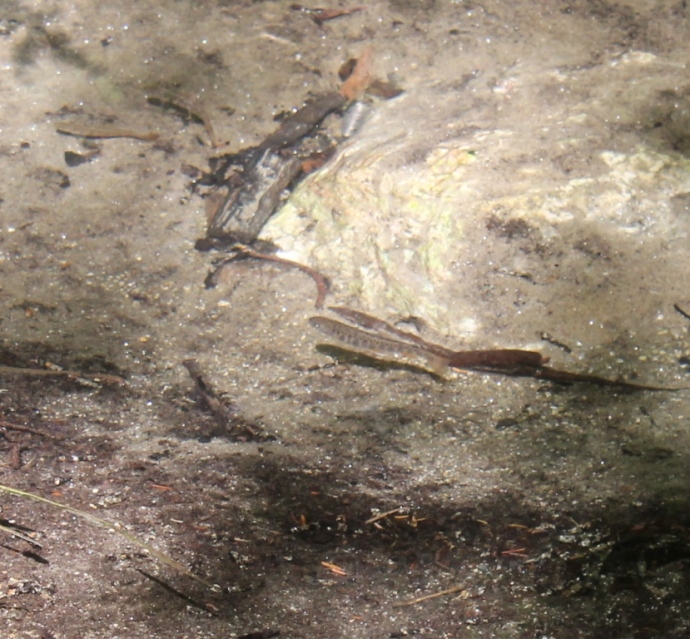 Swiftly darting shadows that streak for cover at the slightest movement, they are as wild as wild trout get. The significance of such small creatures in such small places is often overlooked but, on the nastiest muggy day of the year, seeing one more generation of wild trout that will never be caught is just as cool as cool can be.

4 thoughts on “Someplace Cool and Green and Shady”