Quill Gordon Does a Tap Dance

I awoke this morning to two terrible realizations. First, it was nearly half-past six, meaning I’d slept in like a slug. Second, it was Monday, and the return of Flashback Friday had faltered after only two weeks, despite my good intentions.

Yeah, yeah, I know. I can just feel the disappointment, but it’s not like you just found a leak in your waders or something. Besides, proper flashbacks should be unexpected, out of the blue, and a complete surprise to all involved.

My most recent post featured some mighty rugged poop and, while not a flashback, certainly was unexpected, out of the blue, and a complete surprise to all involved. The books could use some balancing after that, starting with this post, beginning with a nice photo of a stream: 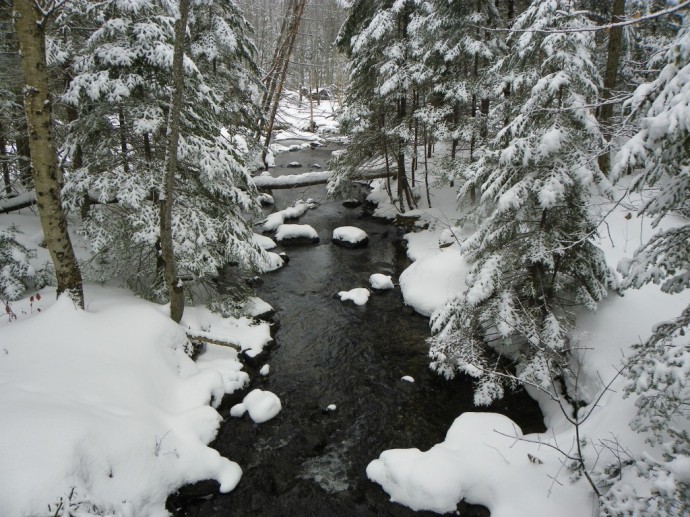 Living in Vermont, fisher scat is as much a part of late winter as maple syrup, and I hope that if anything can make up for posting the scariest poop ever, maple syrup will. I like maple syrup so much that I have jumped at the chance to help some friends through the process.

This is a sugar bush:

It’s actually part of a 40-acre sugar bush (a stand of woods that is managed to exploit maples for their sap) owned by a friend, on a steep hill not far from my home. A new sugar house sits at the base of that hill but before any sap can be boiled, there is the issue of getting the sap from the trees to the tanks.

Polycarbonate taps and polymer tubes have replaced old-fashioned buckets, at least for those looking to make a living cooking sap, allowing larger harvests and including trees that no one would want to carry buckets to and from. 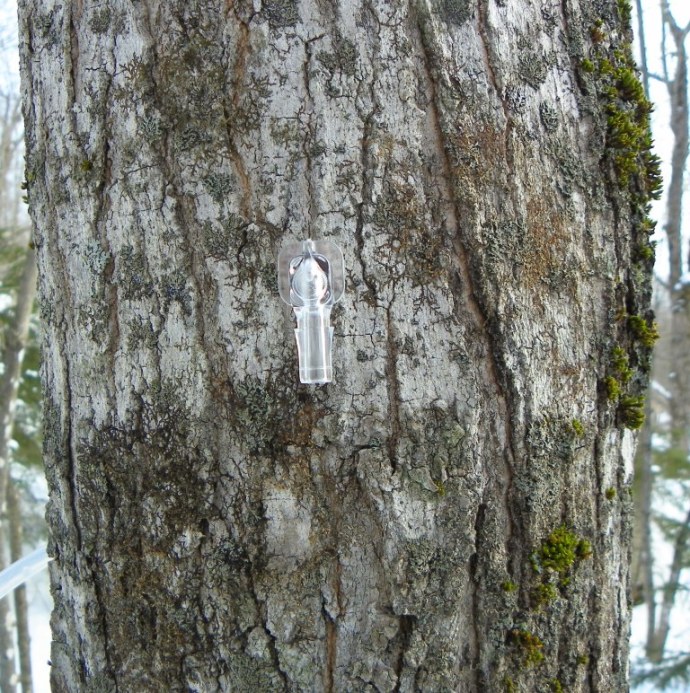 And a tube of extruded polymer is attached to the tap: 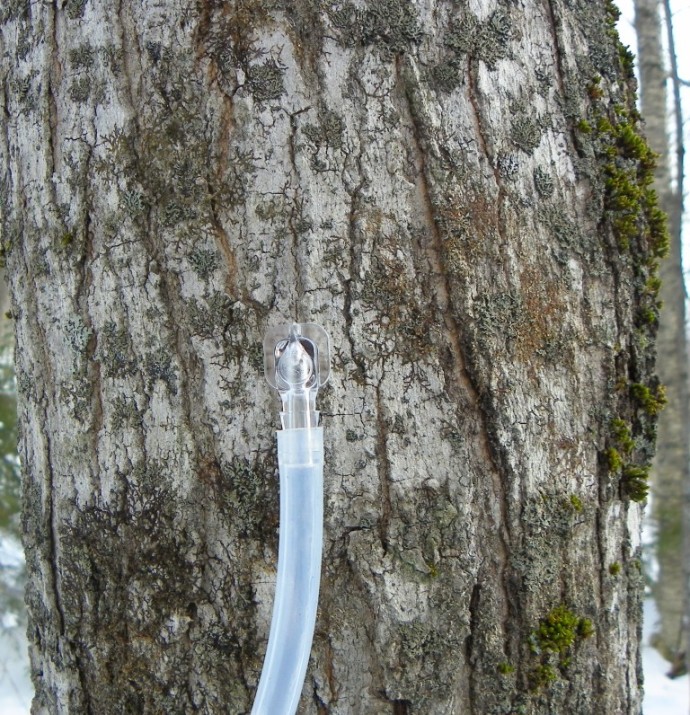 Did I mention the way a system of lines and tubes allows trees to be tapped that no one would have tapped the old-fashioned way?

It’s a steep slog in places, kicking steps in the ice as I go, bracing and drilling and tapping up and down the hill but if I ever needed an excuse to spend an afternoon in the woods this is one of the best I’ve come across. It is also tiring enough to be a fine excuse for sleeping in past six. 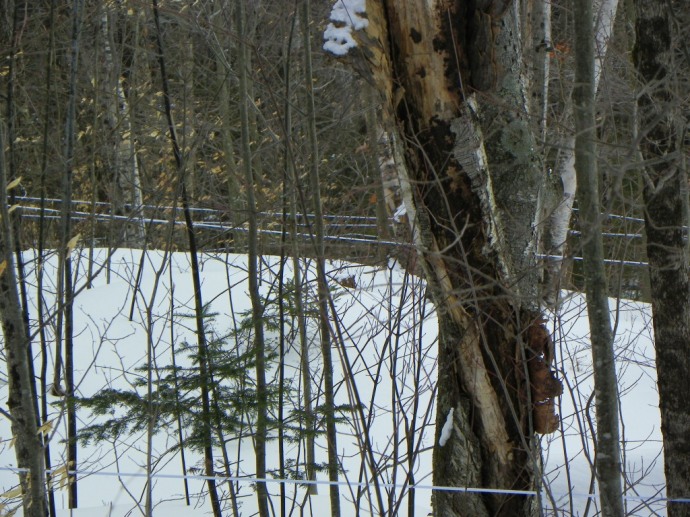 Opening Day at Fish in a Barrel Pond is nine weeks away and there is plenty of work ahead as I get ready for six straight months up to my elbows in anglers. In the meantime, winter loosens its grip and I have a new favorite sound in the woods; the sporadic tap-tap-tap of human woodpeckers in a working sugar bush.

Mud season and black flies are just around the corner, followed by springtime and fishing, and there will be plenty of those things in these pages to come, but for now its a race against time to get the trees tapped for the first run of sap and then get that sap boiled down. Sugaring season might last two or three weeks or it might last 10 days, there’s no way to know, but we’re going to see it through to the end, from tap to jug. As long as my legs and battery supply hold out, you’re coming along for the ride.

It is maple sugaring time in Vermont.

12 thoughts on “Quill Gordon Does a Tap Dance”