Shaving is for the Birds

There always seems to be confusion surrounding the transition to spring. Six inches of snow on Wednesday gives way to sunshine and shirt sleeves on Saturday, while yesterday’s hard frost is this morning’s heavy dew, but there is more to the muddling than getting head-faked by the weather. We know the weather will straighten itself out and that the sledding will be poor for a few months but it takes some getting used to, this change of season.

No longer is my bright orange hat my most distinguishing feature and people who point must now find something else about me that merits the attention of others. Even my friend Eugene is hard to spot right off, now that he has shed his filthy, greasy, winter hooded sweatshirt. The winter outfits are gone and our points of reference for each other have changed but not only in the clothing department; blank stares change to smiles of recognition as we point at each other and laugh, exclaiming, “You shaved!”

I would like to make it very clear that the above reaction is reserved for the men in our little village. No one speaks to the women that way. It just wouldn’t be polite.

The annual ritual of shaving off the winter beard is an individual thing, performed in private. It would be more than just a bit creepy to make it a community thing (although I wouldn’t put it past someone to try to make an annual fund-raising event of it) but doing it at home allows one to ease into the new reality. The teasing from family members prepares one for the teasing from one’s peers and the familiar surroundings make it that much easier to convince the dog a stranger has not moved in. No matter where or how the shaving is done, though, I imagine that, cumulatively, a tremendous amount of beard hair is removed each spring and it would make an impressive pile if it were all in one place. Thankfully, it is not.

Contrary to what some might have you believe, Quill Gordon has never had any creature of any kind actually nest in his beard. He has, however, managed to get his beard into a few nests. 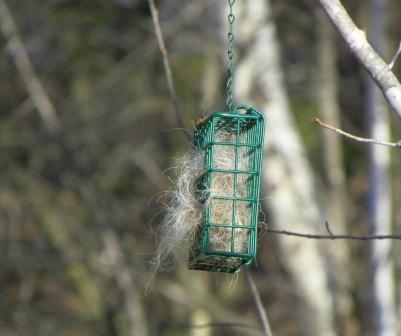 I would like everyone to notice that those whiskers are not all completely gray. 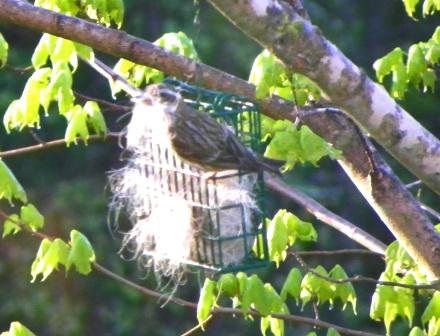 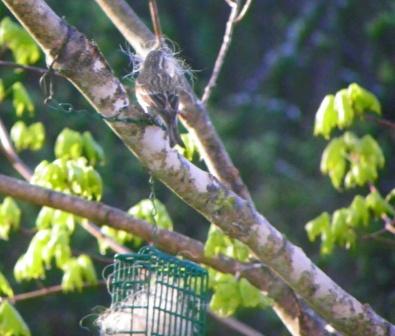 2 thoughts on “Shaving is for the Birds”