In Need of Improvement

If people want to do yoga with goats, or in hot rooms, or even on paddle boards, they should. If they want to put on kimonos and sit awkwardly in the woods, that is fine by me, too. At this point, anything that puts us closer to the better angels of our nature would be welcome. Peace and justice were the dreams of our ancestors and terrible divisions among us are the dreams of those who wish us harm. 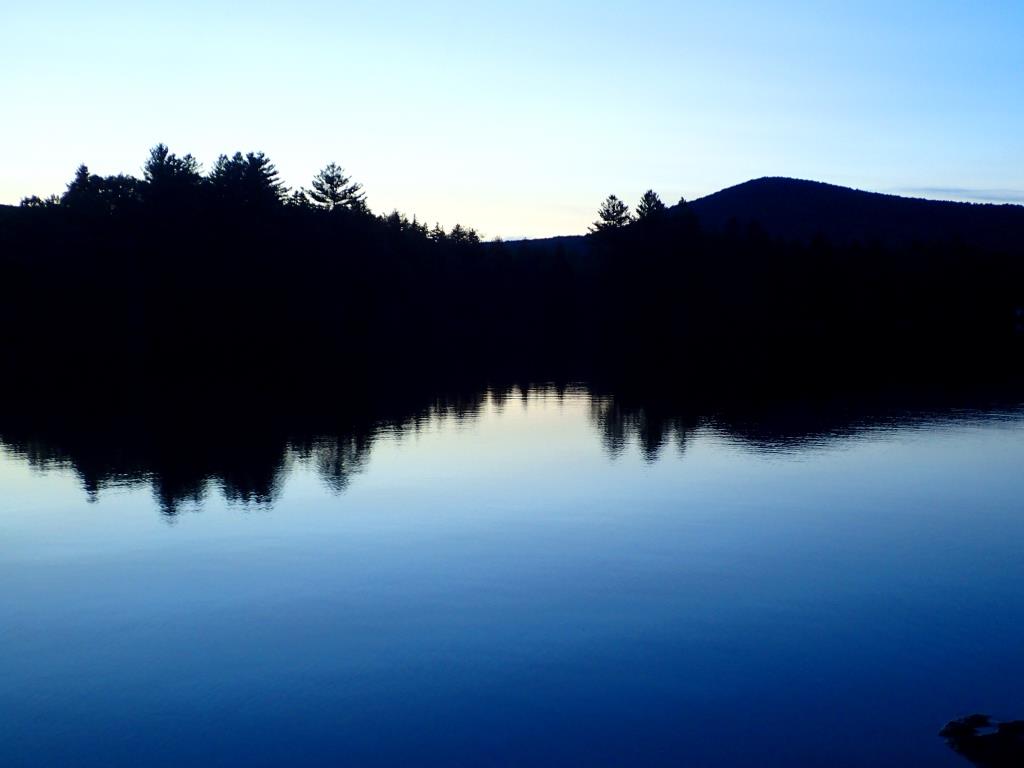 As has been implied multiple times in these pages, fishing is my goat yoga on a paddle board. I spent a decade fishing a private lake where, for some guys, fishing meant trolling in the morning, a nap in the afternoon, and then a quick toddy or two before motoring out to fish the evening rise with white Wulffs and cream-colored duns. For me, it meant finding odd seams of time when nothing else was going on, my work was done, and no one on the water would object to my presence. I fished a lot of hot Sunday afternoons and rainy Wednesdays (which were when the blue-winged olives came off.)

Booming long casts over still water while surrounded by trout is quite a thing, but I have always been fond of small streams and brook trout. The aforementioned lake is fed by just such a stream, full of rocks, shaded by hemlocks, with brush tight to the banks, and one day the chair of the committee in charge of improving the fishing by “improving” the ecology asked me, “Quill, how do you think we could improve that stream?”

“What’s wrong with it?” I asked in return.

“Well, you can’t fish it, for one thing,” she replied.

“But I fish up there and it’s full of little native brookies,” I said.

I tried to make the case for cold, clear water and tiny char, but to no avail. She ended the conversation, saying I obviously understood nothing about habitat improvement and her committee set out to see about opening things up back there by taking out the hemlocks and maybe dredging some pools large enough to hold proper fish.

Analysis Paralysis set in and that plan died on the vine. Benign neglect is still the best thing to ever happen to that stream.

Lately, I’ve been fishing nothing but streams like that, exploring a nearby drainage that was rearranged nine years ago by Tropical Storm Irene. A friend recently asked where I was headed and when I told him he said, “You can’t fish that, can you?”

You can’t fish that!

It’s a little more tactical than sitting in a boat, waiting for mayflies, but it is fishing none the less. It is also more strenuous than sitting in a boat, waiting for mayflies, and this week I managed to explore less than half a mile of stream in just under three hours. Sure, I sat on a rock and smoked and I took a few pictures, but there were so many pools to sneak up on and so many runs to drift flies through that it took longer than expected. Also, skipping from stone to stone is not an option for hauling my no-longer-inconsiderable bulk through the jumble of boulders that distinguish this stream.

Trying to be sneaky.

Quill Gordon does not take many pictures of fish and posts even fewer. Pulling dinks out of their holes might be debatable sport and anything that can vibrate on the end of a line like a brook trout deserves to be returned as quickly as possible. I would be lying if I told you I didn’t keep count of how many fish were caught but I can’t tell you how many fish were caught because you would think I was lying. Three measured longer than six inches.

Millions of small, green, moth larvae are eating their way through the forest right now. Some cartoonishly chew leaves out from under themselves, falling to the ground or into the stream, while others descend on silken threads and still others simply fall. No matter how they got there, the brookies were eating them, and the savvy summertime small stream specialist always carries a supply of caterpillar patterns. I squinted at a #16 light green hare’s ear nymph and declared it close enough.

Left to right, through the sunlight…

Fifteen minutes and a world away, cold water flows through a narrow slash on the side of a very old mountain. Periodically churned to the point humans might consider it ruined, this stream has been through a lot, as have the fish and everything else living in and around it. Always changing yet somehow remaining the same, and not needing improvement. 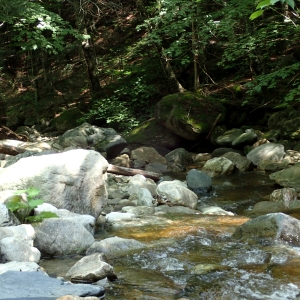 With my head somewhat cleared, I clambered out of this little mini-canyon and back to the car. Rod stowed, boots in the back and bag on the seat, I drove along a Forest Service road, trailing a cloud of dry dust despite my lack of speed. Windows down despite the dust, I turned left where I normally turn right. A stretch of stream I hadn’t noticed before emerged from a long heap of boulders, beyond a dozen downed trees. Putting it in my pocket for later, I turned around and slowly headed home, listening to the crunch of gravel beneath tires and the warbles of warblers in the understory.

A few hours in the woods did not change the world, certainly not in a way I would like — in fact, it had gotten worse, but the change of perspective did me good. Thinking of these small, headwater streams and their fish of appropriate size as I returned to the world as it is, I was not so sure it’s the land, water, and fish that need “improvement”.

Goat Yoga on a Paddle Board

4 thoughts on “In Need of Improvement”

Luna moth (Actius luna) on slate. Luna moths are giant silk moths and this is their breeding time. Females sit in birch trees, emit pheromones, and wait for the males, who may be busy being distracted by porch lights, to find them. Adults don't have mouth parts and so don't eat, but their larvae (caterpillars) eat lots of leaves. The larvae also make noise by clicking their serrated mandibles together to warn away predators. If that doesn't work, the larvae will regurgitate their intestinal contents (puke), which is confirmed as "having a deterrent effect on variety of predators". If nothing else, Luna moths will always give you a way to work caterpillar puke into a conversation!
"Wiggle wire" is what holds the tomato house cover in place. Hooray for the crew that got it done this morning, before the wind started!
Sometimes I shudder to think of the terrible things that could happen if I didn't find a couple of these every week.
A group of butterflies is called a kaleidoscope or, sometimes, a flutter and these swallowtails are engaged in an activity called puddling. Mostly males, they have gathered around a damp spot and are extracting minerals which will be passed on to their mates, providing extra nutrition for eggs and the tiny caterpillars that hatch. Another reason to drive carefully on dirt roads.
I was going to post this four-leaf clover the other day, with a note about how they don't really work but, when I went to do so, the internet was down and stayed down all day. So, maybe they do work, but only once and only for a while.
Look up "Norm Macdonald turtle joke".