An entire winter’s worth of snow slowly condensed into a thick layer of ice, sitting on lake ice that formed in December. With less than a week before Opening Day, there was nothing to be done about the ice but hope it would go out in time. Meanwhile, there were camps to prepare, repair, and otherwise make ready for the upcoming season.

Woodland creatures were evicted, floors were swept, and beds were made, as if there were no ice at all (other than in the usual low spots in water lines) and, while anxious anglers left messages asking about the lake, cussing and banging gave way to sighs of relief at the sound of trickling faucets. 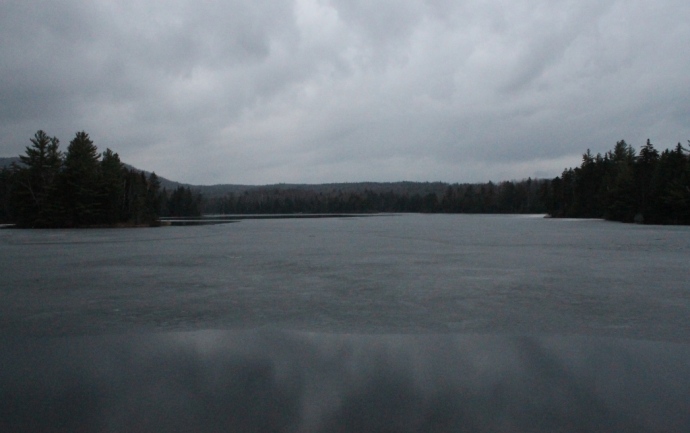 Open water slowly spread as the ice sheet gave way, with no help from the sun, but the clock was ticking and the phone was ringing and the start of our fishing season was on the line.

With two days remaining before the anglers arrived, a morning breeze kicked up and the ice began to move. A few geese settled in around 9:00, noisily declaring the return of spring, and before noon a cacophony erupted with the return of our resident male loon. 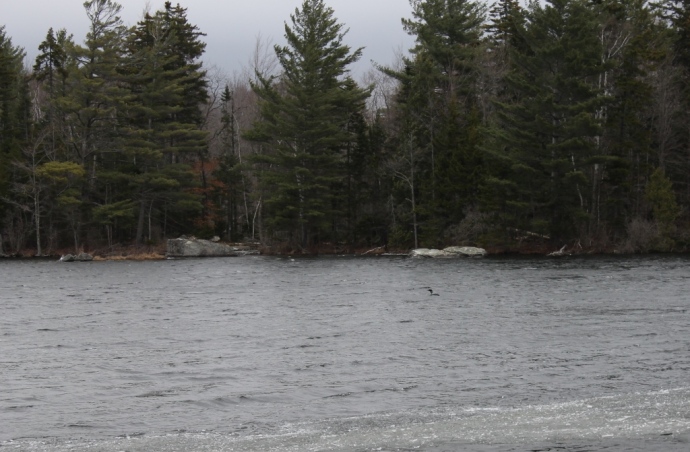 Two Hours After Ice Out

Twenty-four hours of strong winds gusting to gale-force cleared ice from the main body of the lake and broke up the large sheets that floated out from the coves, leaving no doubt there would be fishing on Saturday. The camps, however, put up their usual fights but creativity and long days won out and by dinner-time Friday they were warm and full of excited anglers. 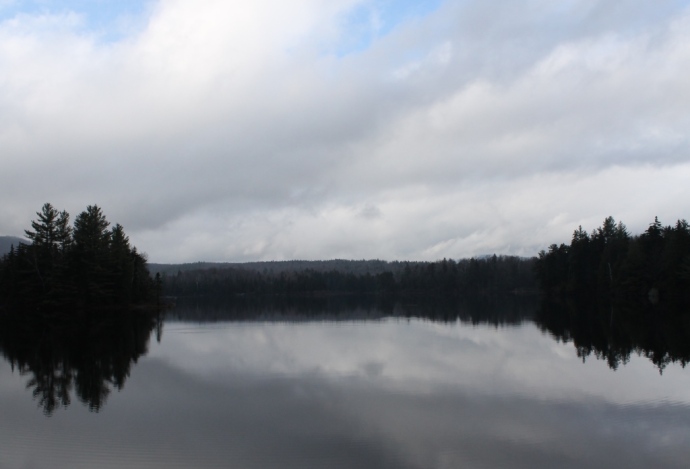 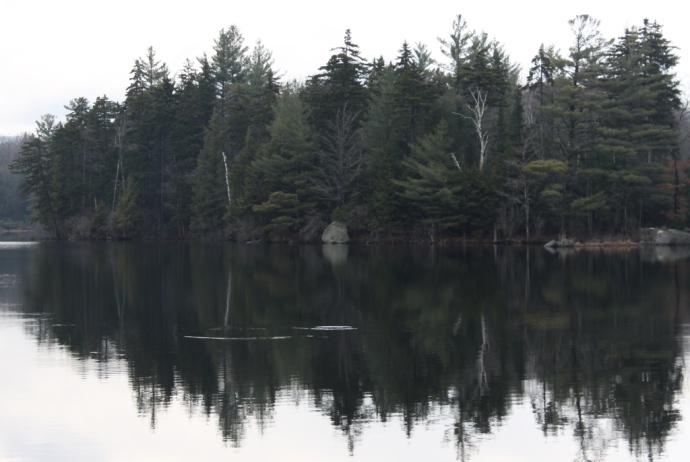 Rise of a Trout

The longest, hardest week of the year is over and the fly fishers of the Neverwas Nonesuch Angling Society have returned, as if winter never happened. So, what advice does Quill Gordon have for those hardy early-season anglers?

Shut Up and Fish

8 thoughts on “Here We Go Again”