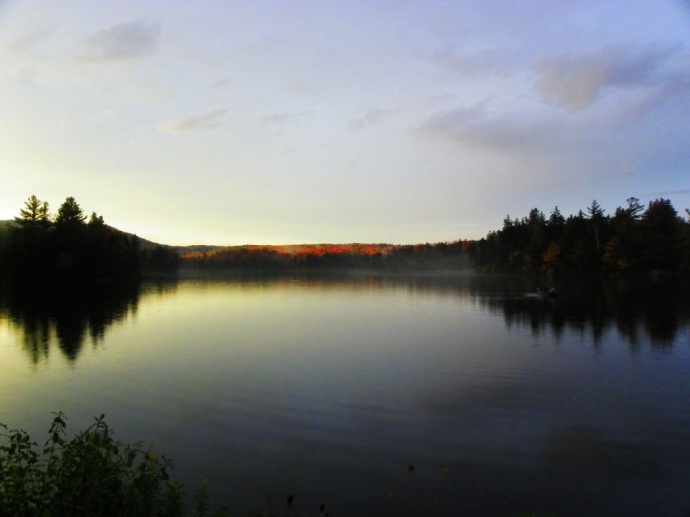 The fog and rain cleared out at the end of the second day as dry, chilly air moved in, and the hillsides lit up in the gloaming. 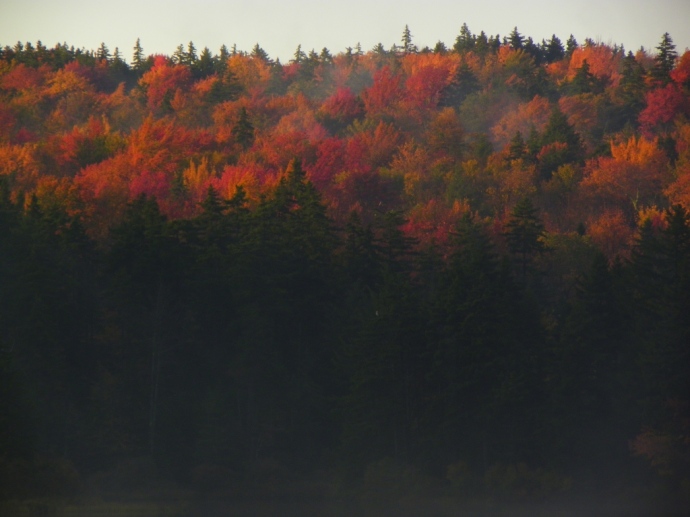 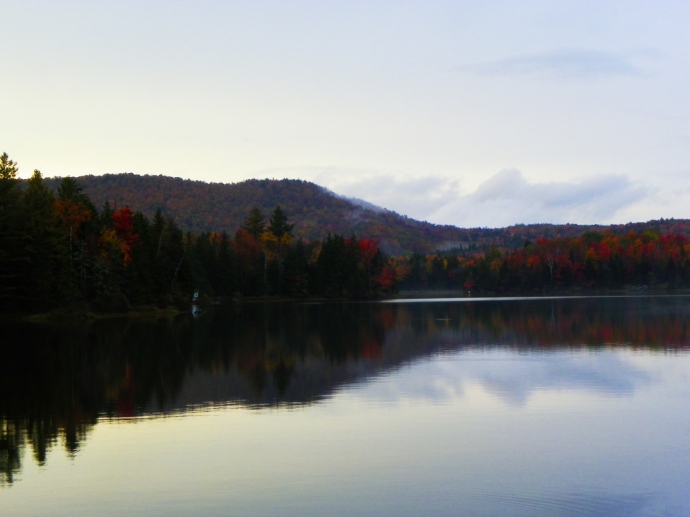 Shreds of fog wandered the woods and trout rose in the day’s last light. 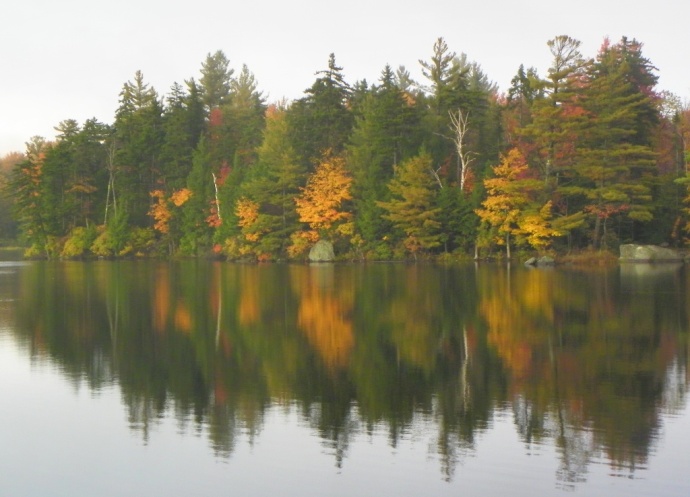 The air was cooler than the water that night and the next morning dawned with a deceptively warm, misty glow. 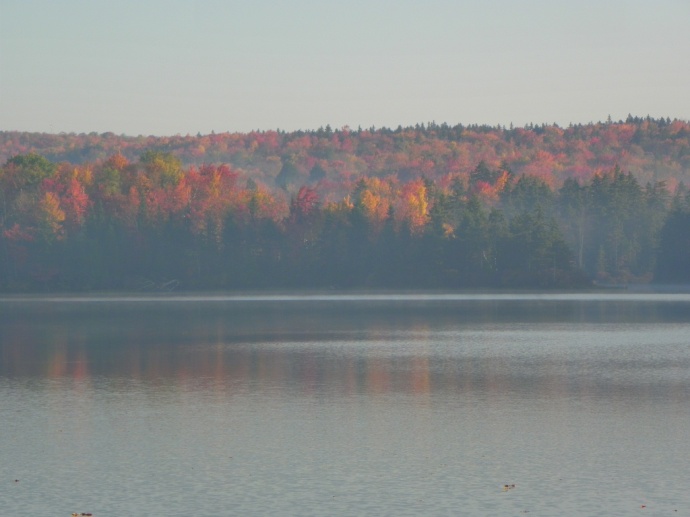 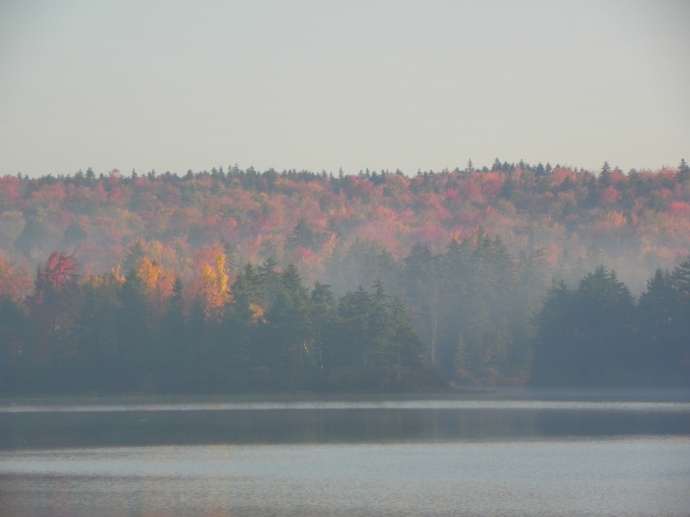 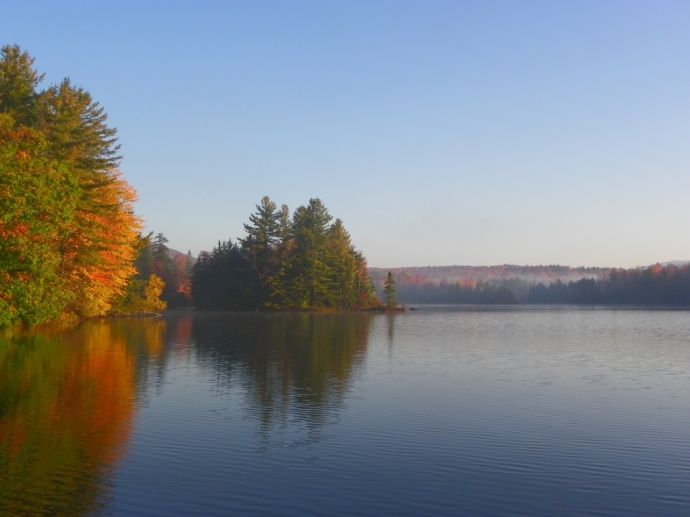 As the mist withdrew, unfiltered morning sun filled the valley and I stopped taking pictures, for two very good reasons. First, no photo could ever do the scene justice, no matter how skilled the photographer (I’m sure a painter would have been driven insane) and, secondly, when presented with what was absolutely, positively “peak color,” one shouldn’t take in such fleeting sights through a viewfinder. The feel and smell of the crisp, clean air, the sounds of geese passing overhead, coming together in the ethereal glow of summer’s last hurrah to form a perfect moment that lasts for an hour or less, is best experienced with one’s entire being. Trying to save it as anything other than memory misses the point.

People travel to Vermont from all around the world, hoping to catch the leaves at their peak. It can’t be predicted in more than a general way so they take their chances riding in buses and cars, speeding through the countryside on a search for the elusive, perfect view. Actually, most do not “speed through the countryside”. They drive real slow, making a simple half-hour run to the hardware store and back take forever, but they still move too fast, for the best way to catch those perfect moments when they happen is not by driving around looking for them, but rather by being there when they happen (and hoping the fog lifts in time to see them).

Fall is a phase of a cycle, part of a process, and it proceeds at a pace all its own. From the first faint hues of new growth in spring, through blossoming and setting seed, to creating and storing enough of what they need to do it all over again in six months, the trees on our hillsides have had their year. Chlorophyll production has stopped and the green is gone, leaving behind the colors we go gaga for. The maples, tapped in late winter for their flowing sweet sap, get the most attention with their screaming scarlet and bloody crimsons but, as a certain moment passes, their appeal is lost and, on the day I’m describing, they faded quickly. By mid-afternoon the sound of falling leaves was a background hiss, like static.

There are, of course, surprises. 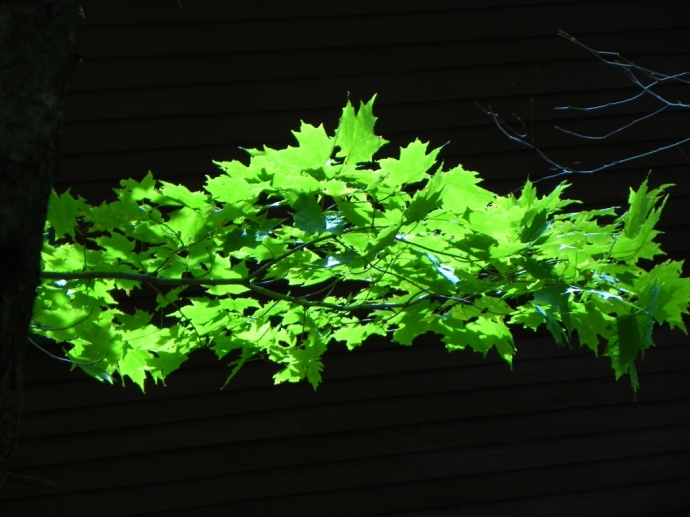 With (most of) the gaudy maples done, now is the time of rich russets and deep golds, as the oak and beech begin to turn. The popples are still green but fading fast with the occasional flash of bright yellow. Soon they will be bare, too.

To many, fall represents an ending but it is part of a repeating loop. Trees drop their leaves and those leaves rot, becoming soil, nutrients, and eventually more leaves. Warm vernal breezes become summer-time straight-line limb-rippers and then, on a day the light has a definite slant, a chill breeze scatters geese across the sky, rips color from the hills and snatches my hat from my head.

The geese will return with the first greening of spring and the trees will leaf out like they always do, but that’s almost six months away — on the other side of yet another winter — and it’s three more weeks before I can close down the camps around Fish in a Barrel Pond. There’s lots to do before the snow flies and in some ways this is the busiest time of year. It seems there is always something happening but I’ll muddle through, as long as I remember to look around and see what happens when nothing happens at all.

10 thoughts on “Vermont Foliage: Taking My Own Advice, Part II”