The Cry of the Sapsucker

If any bird has a made-up sounding name, it has to be the yellow-bellied sapsucker. They are woodpeckers, named because of their habit of drilling holes through the bark of trees in late winter, and feeding on the oozing sap. The rings of holes they leave become an important food source for other animals, including early hummingbirds and butterflies that arrive before the first flowers appear. The call of the sapsucker has been compared to that of a hawk but the sapsuckers are active before the hawks return and I’ve learned to look to the trunk of the crab apple instead of high in the sky when I hear it this time of year.

But sooner or later, the hawks return, and I am not the only one who should remember to look up. 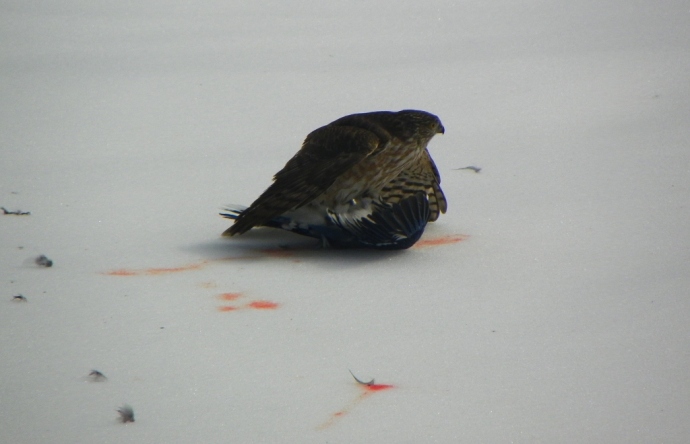 Many nature photographers sit in a blind, for hours and hours, hiding and waiting for something to happen, and I am no exception. My blind has been cleverly disguised as a house.

This bluejay was in a tree near the feeders but I’ve also seen hawks pick them off in late summer, as they fly from the oak trees, loaded down with acorns.

Sometimes it takes a bit of guessing and a 45-minute walk to figure out what has happened in the snow, but sometimes it happens right before my very eyes. Sometimes I remember I have a camera, hanging right there, next to the door. 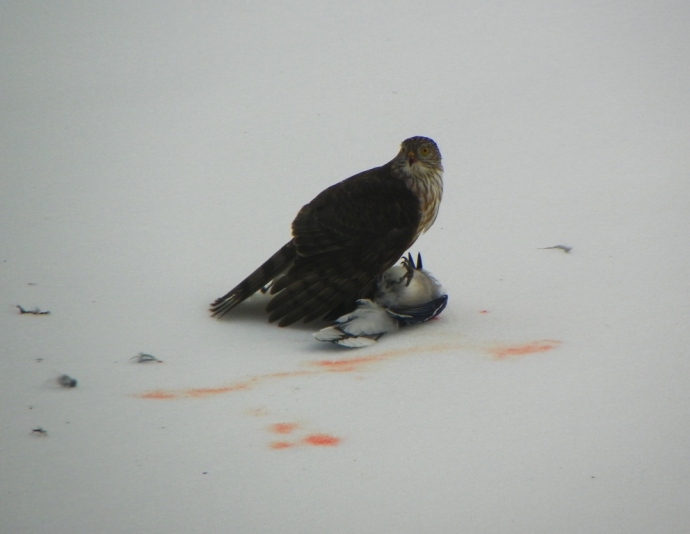 Reading signs in the snow, it takes some effort to figure out exactly what happened hours before. It’s not often the only effort required is to set down the coffee and pick up the camera. 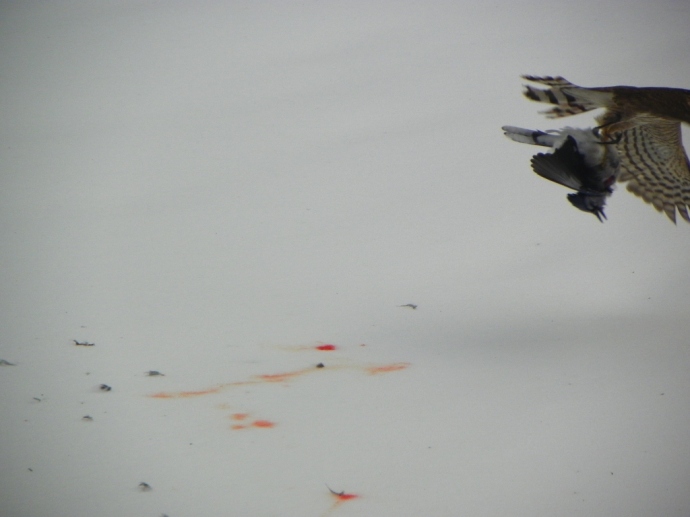 24 thoughts on “The Cry of the Sapsucker”