Icing on the Lake 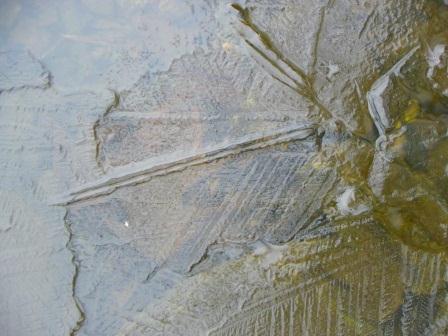 Calm, clear days give way to clear, cold nights and the stillness starts to settle in. Three weeks of progressively shorter days lie ahead — and the cold will surely deepen — but for now winter’s grip is tentative and weak.

I wouldn’t try walking across it just yet. 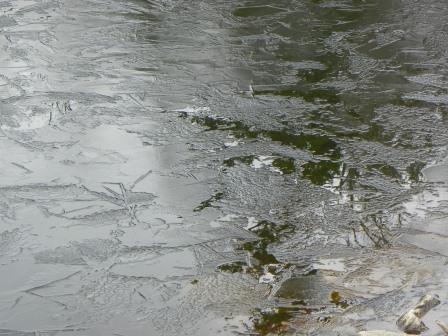 Most of the lake ice is around the edges, over the shallows and in sheltered coves, but rafts have formed, merging into sheets that extend further each day. 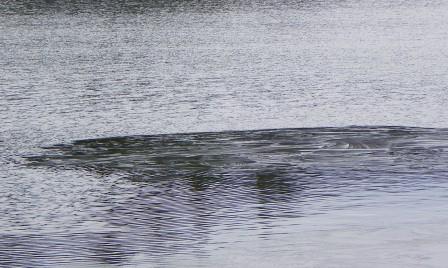 Puddles freeze faster than ponds but sometimes they drain faster than they freeze, leaving behind a faint skim best measured in nano-somethings. Pieces collapse from time to time, melting instantly in the mud below but, if you stand and watch for a while, most will simply evaporate, disappearing right before your very eyes.

In the woods, apples still hang. The lower branches of these trees were pruned out years ago and now all the fruit is thirty feet up. Their next pruning might just consist of one single cut, and I’ll graft their nice fruity branches right onto their freshly cut stumps.

They are nice to look at, though, and the wildlife appreciates their bounty this year. Deer move in for meal of fallen fruit around dusk, and the bear has been through, but the coyotes are on a real hard cider bender. Every night for the last week they’ve been back there, eating fermented fruit,  whooping it up and howling at the moon. When they’ve had their fill of that, they race up and down the draw a few times, screeching and yapping all the way. Eventually they will stagger home, across the dooryard and down the road, leaving behind a trail of large, apple scented turds.

Watching ice form may not strike some as exciting, especially because of what it represents, but I find it is at least as interesting as watching paint dry.

That stuff is done. 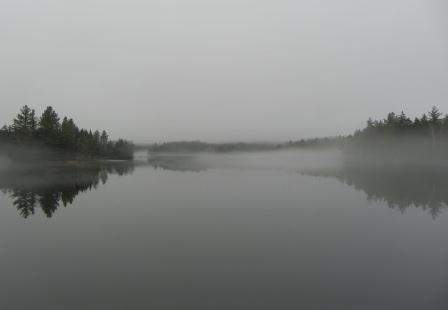 6 thoughts on “Icing on the Lake”