It has been 38 days since Vermont was hit by tremendous flooding in the wake of Tropical Storm Irene.

The damage and destruction were impressive to behold but the reaction by those affected was even more so. The initial shock and the adrenaline that followed have worn off and, mostly, folks are just plain worn out now. Volunteer crews continue to go door to door on a regular basis — finding people who might still need help — and the race now is against the approach of winter, which can be hard enough as it is around here. Most of an entire month has been lost, seemingly vanished into thin air, as the effects of Irene have been dealt with.

Most critical needs have been met; most roads have been made passable, except for a few routes that might be repaired by December; most of those rendered homeless have been given more or less long-term options and most everyone is back at work, doing what they were doing before the flood. The pretty fall foliage did not put on quite the show everyone was hoping for, and the leaves are already dropping, but it’s still okay to come visit. Bring cash. Every counter in every store or restaurant has a donation jar to help this group or that person recover from the recent disaster and, I’m not kidding, we’ve passed the hat amongst ourselves so much it is time to take up a collection for new hats.

The previous 10 posts on this blog have been about Irene. Irene may yet figure in a future post or two (my friend Victor Salvo certainly left me with plenty of images), but it is time for those of us on the slopes of Nonesuch Mountain to move on. Our hearts go out to those whose lives were changed forever by the storm and there is no sufficient expression of gratitude for the help that came from far away. Utility crews from Canada joined crews from across the United States to restore power and National Guard troops from other states brought their own equipment and expertise to supplement Vermont’s own Green Mountain Boys — many of whom are currently serving in Afghanistan — and there is no way we could have come this far without them. 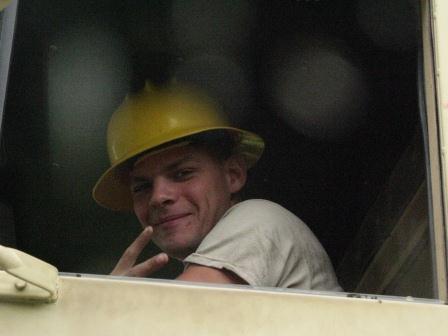 Their work done, most of those who came to help have gone home. Work zones are disappearing one by one, and a sense of the new normal has started to settle in, but — around here, anyway — something has been missing. More a feeling than something tangible, whatever it is didn’t become clear until just this morning, when we finally got it back.

Five weeks and a few days after Irene, things have finally returned to the point where a bunch of guys in muddy boots, standing around drinking coffee, slowly nodding their heads and saying, “Yup” a lot is about as exciting as it gets. 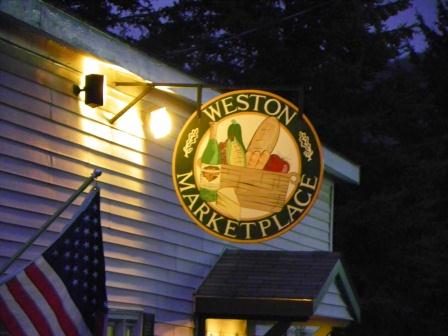 Welcome back, Jeff, Heather, Will and Max. Sorry about the mud and coffee on the new floor.

The past month or so has been an interesting time in Vermont. Documenting the aftermath of Irene through the lens of my friend Victor Salvo has been both a challenge and a pleasure for me and I thank my 12 regular readers for hanging in there while I worked through it.

Many thanks to those who were able to help Vic with his project to rebuild a school in earthquake-ravaged Haiti. We’ll be okay up here in Vermont but there are many places where recovery from disaster takes longer and people need a lot more help to get up and running again. Haiti is one of those places. Even though Vic’s fund-raising drive featured in the previous posts is over, he is far short of his goal. Visit his website. I’m sure he’ll have more information about how to help posted soon.

I would also like to thank three fellow bloggers for the links they shared as this project unfolded:

The lovely and talented OWL JONES. Quiet, understated Southern Gentleman that he is, Owl hooked us up with some link love and tweets from day one. Thanks, Owl! (Don’t tell him, but when I finally do get to see him I’m gonna hug him)

We received a very nice shout out over at Something’s Fishy, too. If one day you see a guy with a surf rod running away from a lanky dude with a large moustache, that will just be me chasin’ him down for a hug, too.

And Ken G at Waterdog Journal has proven himself to be a friend and a gentleman to boot. Folks from Chicago know more about Irene in Vermont thanks to the links he put up for us last month. I hope people from other places get to know Ken and his fine outdoor writing by CLICKING THIS LINK HERE. I’ll either hug him when I see him or give him a book. Maybe both, if I can ever find that book.