I have seen guys stroke their stubbly chins on Sunday morning and make growling noises, like that’s what one does when one has a beard. It’s not, and they don’t. I believe my growling is more effective because of my beard but my beard is not why I growl and Sunday stubble is not a beard.

I come across blogs and web sites featuring young men in their twenties, spending five days at a time fishin’, sleepin’ in the dirt and drinking PBR, but those dark shadows on their jowels are not beards, either. They are five days worth of stubble and sometimes when I look at those guys I wonder if they aren’t also stubbly other places, too, after five days.

Humans have struggled to keep their faces (and in these modern times, the rest of their bodies) free from hair for centuries, advancing from sharpened clam shells and dull knives to today’s marvels of stationary blade technology, with as many cutting edges as can be engineered to fit. Shaving today is also safer than it once was, with straight razors giving way to “safety” razors with blades held at the perfect angle in a protected holder on a short handle.

A double blade, in the old days, meant two sharp edges on one blade, not two blades, stacked, as is common today. Those old razors didn’t have gentle, lubricating strips applying moisturizers to protect delicate skin, either. No, sir. Maybe there was no such thing as delicate skin back then or, if there was, men would not admit it, but every man knew it was important to look his best in case he ever rescued the bank manager’s niece from a gang of vicious robbers.

I know as well as anyone what torture it can be to scrape off several days’ worth of chin whiskers,  shaving mostly on Fridays during the milder times of year. 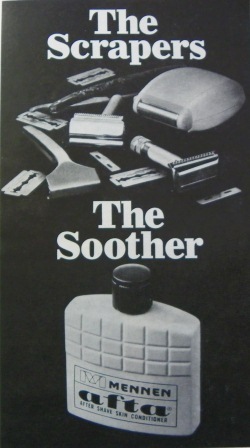 Still, it is only stubble, not a beard. A beard is not accidental, or the result of a weekend with the boys; a beard is grown and worn on purpose. It can cover flaws, improve jaw lines and serve other cosmetic purposes. It can have religious significance for some, or make different statements for others. Some people, Quill Gordon included, grow beards to keep their faces warm outdoors during the cold time of year, but now that the sap is running, the first robins have been seen, and the bottom has dropped out beneath the masses of tangled ruts that pass for roads around here, it is time to remove all that hairy growth.

Well, that’s a mighty spiffy cookie duster, Commodore, but I have a feeling your definition of an “outdoor beard” and mine are a bit different. That fancy little razor in a “modern case” might be just the ticket for a quick clean-up before brunch at the yacht club but, in these parts, on days like this, I am am afraid most folks would find it thoroughly inadequate.

From October to today, the first day of spring, Quill Gordon’s face has remained unscraped, resulting in this:

The annual removal of the winter beard used to make a good gag for April Fool’s day, when I lived near people to fool, but living on an impassable road, up in the hills, has severely limited the audience for such springtime jocularity. Mrs. Gordon only cringes a bit when she sees my chin for the first time in half a year and neither the cats nor the chickens seem to notice anything other than the food I provide, so I am reduced to sharing my vernal facial hair removal on the internet.

Happy spring, everyone! Only 40 more days until the season begins, here at Fish in a Barrel Pond!

And me, without the beard? Imagine this: 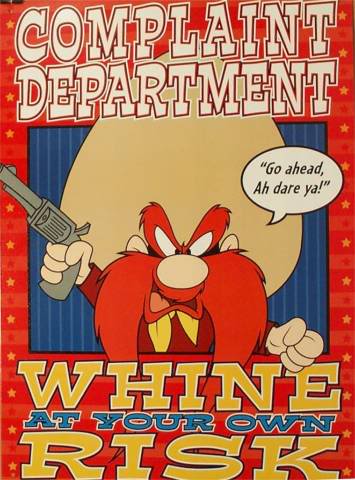 (See also A Fox, Some Snow Fleas and a Close Shave and Shaving is for the Birds)