Ice coats everything, a half-inch thick or more, and the barn door was not just frozen shut this morning, it was sealed that way. If only I had a hammer.

I used a hammer yesterday. I even remember where it is. It is on the work bench at the back of the barn. Fortunately, I keep another hammer in the truck, behind the seat, just in case.

Fortunately, I keep lots of hammers lots of places, just in case. Borrowing one belonging to Mrs. Gordon, I was able to bash open the door in short order and get on with important tasks like feeding the chickens. 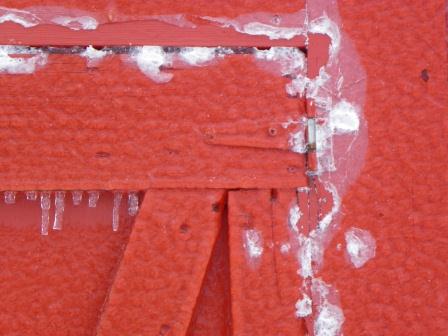 It’s still raining, off and on, but it is also snowing and the wind is howling. The power was out for a while and will more than likely be out again before this weather event is over. Two seasons should simply not be allowed to operate at the same time like this. Wet snow and freezing rain do nothing to enhance the image of either winter or spring but, since we’re already fed up with winter, winter will take the blame for this most recent unpleasantness.

It’s a rather ugly day but sort of pretty at the same time once you get past the cold wind, crashing branches, and flying ice. 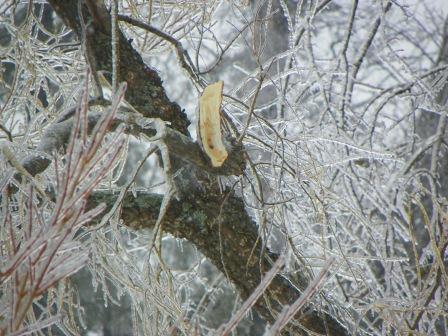 Some trees are taking it pretty hard, especially the old birches and the willow, out back. 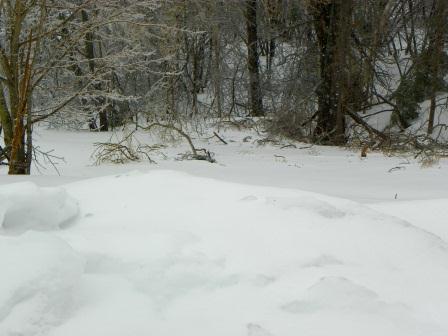 Low branches on an oak show how the ice is distributed.

So does this big splice in the power line. 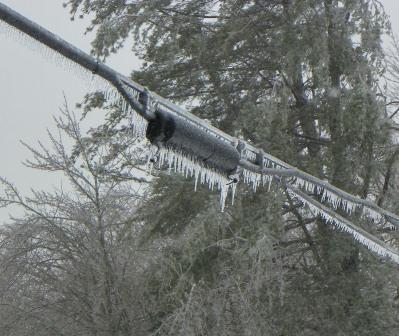 The fence around the chicken yard is holding its share of ice. 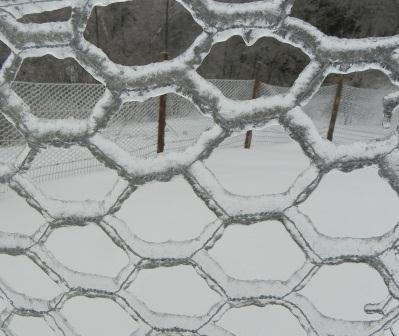 Fifty-three more days until Opening Day. It never snows then.