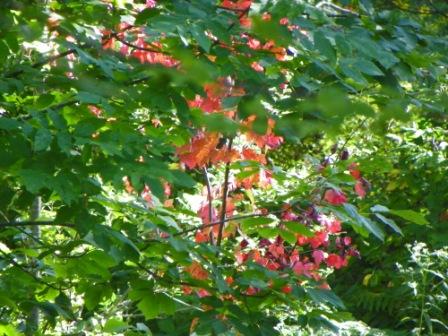 The leaves are turning, early it seems, and around here that means more people from other places will be showing up to see them.  Every small town and village tries to get those people to stop, linger and spend money by hosting craft fairs, food fests, art shows, etc. and ours is no exception. My friend Eugene and his pal Purly are looking to get in on the action with a booth on the green where they can offer up real, honest to goodness Vermont food, educate folks about a different way of life and maybe make a few bucks along the way, even though their first experience with food and outsiders didn’t go very well (see “Eugene, Purly and Chef Gordon Ramsay“).

When Eugene stopped by this week, searching for ingredients, I was happy to help. Unfortunately, he and Purly originally wanted to serve up Teriyaki Beaver on a Stick but beaver season doesn’t start until November and all I had to offer was a couple of frozen hind quarters (freshness is of utmost importance). They were, however, able to come up with an authentic recipe they could use and for which I can provide ingredients in abundance. It’s a win-win, as they say.

When the Neverwas Nonesuch Angling Society begins its season at the end of April, the camps are as clean as they will be all season, everything is in its place and things are nice and tidy. By late August, though, the place takes on what could best be described as a “lived-in” look. The folks who come here to fish have other things on their minds and housekeeping usually takes a back seat to other concerns. I never know what I’ll find when they have gone home. 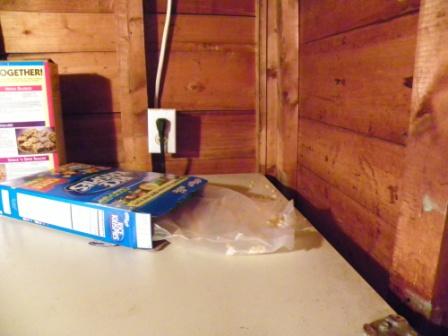 Even such common niceties as wiping the table are set aside in favor of pursuing fish.

A few drops of syrup left behind can prove irresistable to a mouse, even if getting them means chewing up some vinyl and polyester, and I’m almost out of tape to patch the holes. Spilled cereal, dropped food and toaster crumbs keep them going and in a good year the mouse population can approach the level of an infestation.

Enter Eugene with his recipe and his pursuit of fresh ingredients. Of course, he’ll be making big batches and adjusting the recipe accordingly. 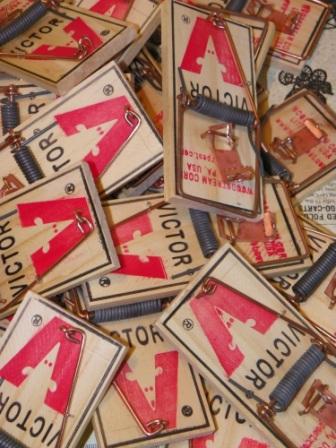 Boil the macaroni 10 minutes. While it is cooking, fry fieldmice long enough to try out excess fat. Grease casserole with some of the fat and put a layer of macaroni on it. Add onion and tomato, then salt and pepper it well. Add fieldmice and cover with the remaining macaroni. Sprinkle the top with cracker crumbs seasoned with salt, pepper, and butter. Bake at 325 for 20 minutes or until mice are well done. (Note: if insufficient mice are available, substitute sausages.)

Eugene and Purly will not stand for substitutions. 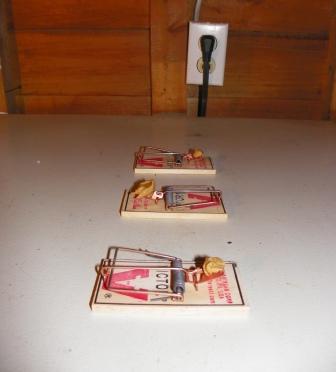 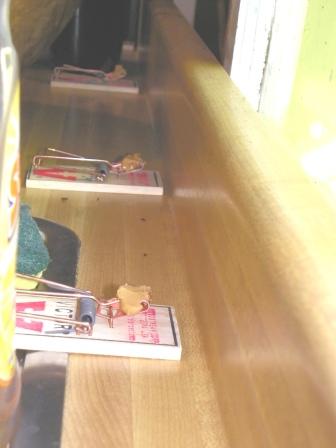 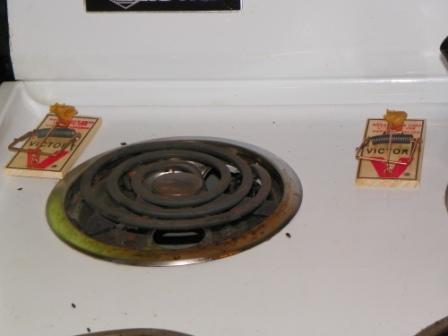 (The above recipe was published originally in a 19th-century cookbook put out by a group of ladies in Grafton, Vermont. From “If You Want a Foolproof Recipe for Fieldmouse Pie” by Annie Proulx. Reprinted in The Best of Yankee Magazine.)

I wonder what’s for dessert.