Dr. Marcus Feely (not his real name) is a proctologist, not because of anything like a proud family tradition, but because I think it makes him more amusing. His patients appreciate his slender hands and his practice is well established. The success of “Doc Feely’s Love Rub,” his own line of personal lubrication products, has allowed him to become a man of leisure. His office is open five hours a day, three days a week, 40 weeks a year.

Dr. Feely, along with thousands of other men, took up fly fishing after seeing the movie, “A River Runs Through It” and has since amassed an impressive arsenal of extremely valuable rods, reels, gadgets, do-dads and geegaws. He has traveled the world, fishing for trophies in dozens of countries and he stays in only the finest lodges, hiring only the best, highest-priced guides. I know because he shows me the photos and tells me the stories every chance he gets. 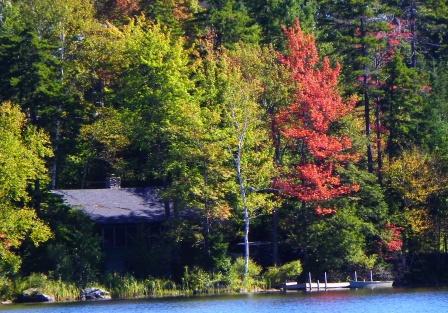 This is the Digital Age, so Dr. Feely’s photos are stored on a large-capacity memory card in his outlandishly expensive camera. Invariably, they have been taken by one of his receptionists (there have been many) and picture him with his rod in his teeth, both hands gingerly touching a large fish being held by his guide. Dr. Feely looks happy, the guide looks relieved, and I’ve been told that every one of Dr. Feely’s receptionists has looked simply smashing in a bikini.

Another aspect of the Digital Age is that people like me can get to know and communicate, via the internet, with people like the guides Dr. Feely hires so I know a little more about Dr. Feely than Dr. Feely knows I know. It is a testament to their skill and persistence that Dr. Feely has any pictures of fish at all.

With a guide hanging over his shoulder, patiently screaming at him about his wrist, his timing and his damn back cast, Dr. Feely will flail away with whatever fly his guide has told him to use. He will do his best to block out the yelling, swinging away, confident he will boat a trophy before cocktails because that’s what he’s paying over a thousand dollars a day to do, guaranteed, or his money back.

Meanwhile, the guide will holler, “Further!” or “No, mon! To the right!” or “Keep it out of the trees!” and seriously consider raising his rates.

You might think, with the world at his lithe fingertips and gullible young women in his employ, that Dr. Marcus Feely wouldn’t have the time or inclination to be mucking about with a place like Fish in a Barrel Pond but you would be wrong. Old Doc Feely (he likes it when I call him Doc) is an active, engaged member of the Neverwas Nonesuch Angling Society. He drives up from Boston twice a month during the season to drink and fish, sometimes alone, sometimes with his cronies, except for the third week of August, which is spent here with his family. The weekend after Labor Day is generally set aside for some deserving receptionist.

Doc Feely is meticulous and well organized. His pricey fly boxes are delivered to his home, pre-filled with dozens of flies he will never use. His rods and reels nestle in custom-made cases and tubes. His fishing togs are always freshly pressed and his vest is mysteriously free from the stains of fish slime and floatant. Even his foodstuffs are neatly arranged and labeled. 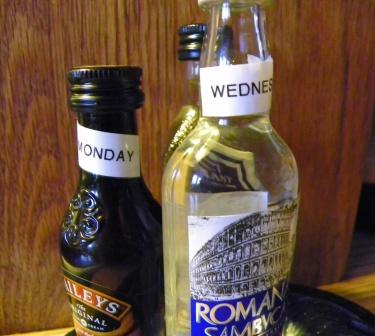 There is nothing resembling a guide service here at Fish in a Barrel Pond so Doc Feely fends for himself. Never on the water before 9:30, he begins his fishing day by speeding along the shoreline — propelled by an electric trolling motor more suited to pulling a bass boat than to pushing a wooden rowboat from behind — casting frantically as he goes. With no guide to scream at him, he pulls his over-sized fly off the water with an audible “pop” and churns the water behind him to a froth with his back cast. When he flings his rig forward his line lands on itself in a heap, resting for just a second before it is pulled tight by the speed of the boat and the process repeats.

Popping and churning and flinging, Doc Feely will fish this way for most of what remains of the morning. Ducks will be washed ashore and the lake will be in danger of becoming a gigantic, counter-clockwise swirl by the time he gives up, proving once again the futility of fishing these waters with dry flies. The fish must be down deep, due to the phase of the moon, direction of the wind, or some other cause a man of his experience would know about (I think they are scared), and Doc Feely will head in for a quick nip and a change of equipment. 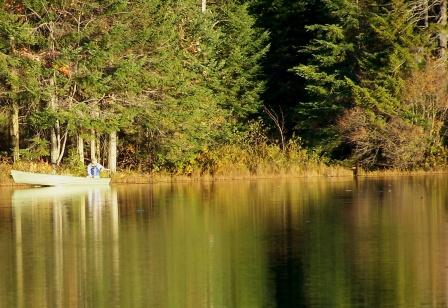 While other anglers are napping or have gone to town, Dr. Marcus Feely will pilot a course of loops and figure-eights beneath the afternoon sun, towing a heavily weighted, garishly-colored streamer. His bamboo rod, firmly clamped in its holder, is permanently set with a curve to the left, testament to the many hours he has spent trolling the depths, dragging a fly that has as much chance of enticing a fish to strike as it does of knocking one out and hooking it in a fin as it streaks by.

By the time the first shadows hit the water along the western shore Doc will be off the water and by the time other anglers are heading out to fish the evening rise he will be in a rocking chair on the porch of the lodge — freshly showered and powdered, glass in hand — telling all who will listen and those too polite to run how bad the fishing has been. 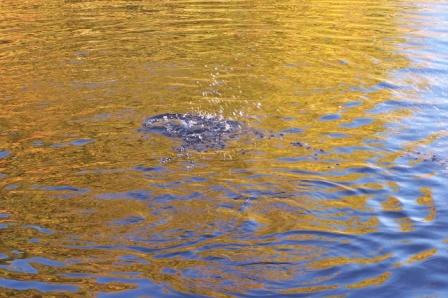 Against a backdrop of splashing trout and laughing men beneath a golden twilight sky, Doc Feely will lament the good old days and the way things once were, the good old days being that August afternoon more than a decade ago when he caught the enormous trout that hangs on the wall of the lodge. After pouring himself a drink from your bottle he’ll settle back and tell you the tale, whether you’ve heard it or not. Then he’ll send you inside for more ice and a look at that trout with the commemorative plaque he bought to hang beneath it.

When you’ve humored him by gazing once more upon his fish and freshened his drink; when all you want to do is watch the bats and the fireflies and the anglers in the fading light, he’ll pull out his camera and start scrolling through images of other fish he has known. And after about the fifth time you’ve viewed them you will begin to see beyond the spectacular scenery and impressive fish. You will notice details you hadn’t noticed before like there, at the corner of the guide’s eye; it might be a bit of lens flare or a speck of dust, but I’m pretty sure it’s a tear. 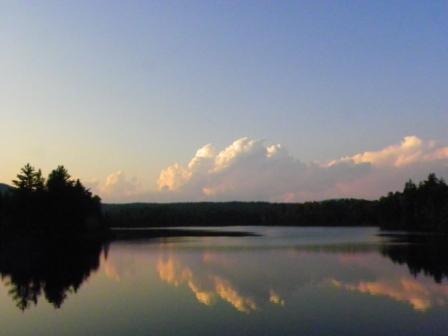